Club Sports Make a Name for Themselves at The Nest

Endicott’s club sports have been making history over the past few years and look forward to continued success. 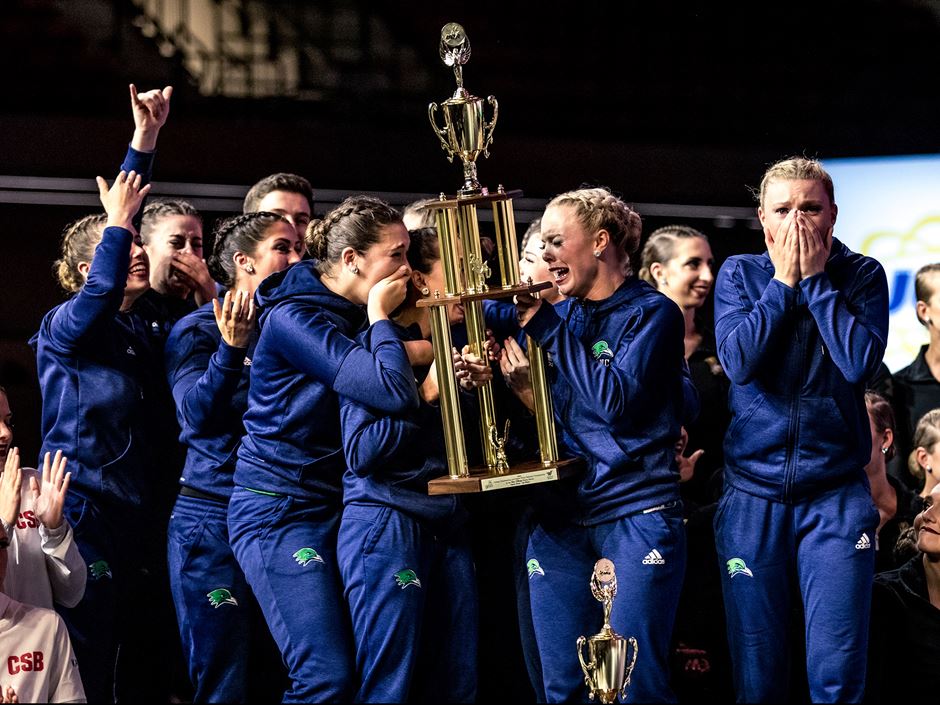 Photo by Nick Grace
By: Michael Melia
Share This Story
Est. Read Time …
Endicott College has always had a thriving athletics culture. In fact, the overwhelming majority (84%) of current students participate in wellness or recreational activities on campus. One reason for such a high participation rate is the variety of options available. Providing a competitive alternative to the traditional NCAA sponsored varsity programs, the Gulls have achieved some truly incredible things on the club sports side of play over the past few years. What the student-athletes and staff from the cheerleading, men’s and women’s crew, dance, roller hockey, and men’s and women’s rugby teams have accomplished recently is nothing short of historic.

One of the biggest success stories has been with the dance team. Back in January, the team headed to Florida for the 2020 UCA/UDA College Cheerleading & Dance Team National Championship. It was there that history was made as the program captured its first-ever Universal Dance Association (UDA) Open Pom National Championship. The same day also featured the Gulls placing fourth in the UDA's Game Day Competition and fifth in Open Jazz. Endicott missed out on medaling in Open Jazz by just a half of a point. The next month while back home in New England, the team won its whopping 10th straight UDA New England Regional title against Division II and III colleges and universities from Massachusetts, Connecticut, New Hampshire, and New York. And while they were unable to compete this year due to COVID-19, Endicott's cheer program had tremendous momentum going into this year's National Cheerleaders Association (NCA) National Championship after placing seventh last year.

“The dance and cheerleading teams work very hard all year performing at home football and men’s and women’s basketball games, competing at the national level, and volunteering to many community service projects,” says Amy Wilichoski, Club Advisor for the dance and cheerleading programs. “Nikki Sao Pedro-Welch M'12 (Dance Coach) and Jen Riley (Cheerleading Coach) have been instrumental to the team’s success. At the UDA Pom National Championship, it was so amazing to hear the thousands of people in the auditorium talking about Endicott dance. I also had very high hopes for the 2019-20 cheerleading team, they were the most talented squad we have ever had and I know that they would have done very well at NCA Nationals if the competition hadn’t been cancelled due to COVID.”

The dance team’s big win in Florida was actually the second club varsity national title in the history of Endicott Athletics. Less than a year earlier, in April 2019, the Endicott club roller hockey team captured its first-ever National Collegiate Roller Hockey Association (NCRHA) Division III National Championship with a 5-3 win over the University of California, Berkeley in the title matchup. The Gulls headed into that game riding a nine-game winning streak and were able to outscore their opponents 51-11 in the seven tournament games. What’s even more impressive? It’s only the third year of the program. The team also qualified for nationals in 2020, but unfortunately saw their season cut short due to COVID-19.

The rugby teams continued to impress as well. In 2018, the men’s team was ranked No. 1 overall—the highest national ranking by any club team at Endicott. In 2019, the team then placed fourth at the National Small College Rugby Organization (NSCRO) 15s Champions Cup and the women’s team piled on wins including a Colonial Coast Rugby Conference (CCRC) Championship, a NSCRO Northeast Region Championship, and a runner-up finish in the NSCRO National Title contest. At the end of the season, the team finished third overall in the final 2019 NSCRO Women's 15s Top-20 poll, the highest national ranking in program history. These rugby teams have produced a number of All-American awards and even seen some student-athletes, such as Jackson Thiebes M’18 and Steph Yepez ’15 M’18, go on to play professionally.

Meanwhile, the men’s and women’s crew team looks forward to when they can get back out on the water in Camp Menorah in Essex, Mass.—just 20 minutes north of the Endicott campus and the site of their weekly early morning practices. The team competes in the fall and spring seasons in events such as the Textile River Regatta in Lowell, Mass. and the Head of the Charles Regatta in Cambridge, Mass.

“I have had the pleasure of overseeing our club sports for many years,” says Mark Kulakowski M’05, Assistant Athletic Director of Facilities & Recreation. “It’s truly amazing to see the countless hours that club athletes put in toward making Endicott Athletics successful.”

Overall, Endicott’s club sports programs (men's rugby, women's rugby, and roller hockey) combined for a 40-14-1 overall record (.736). While it’s frustrating that this unstoppable momentum had to be paused due to coronavirus, the future remains full of promise and potential to grow even further. 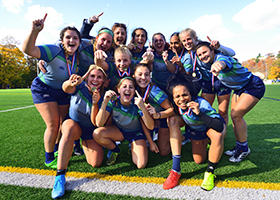 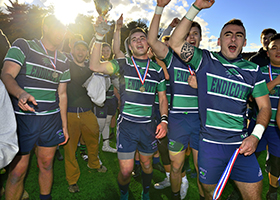 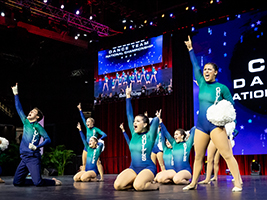 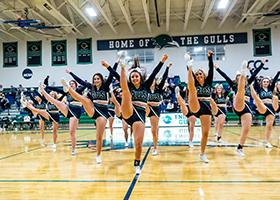 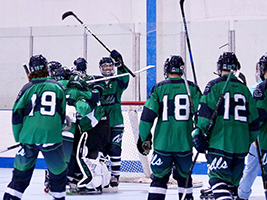 An Unstoppable Force on, off the Water
A Banner Year for the Gulls
Athletics are Back