A Work In Progress

The Interfaith Chapel is under renovation, and will be renamed this summer and reopened this fall. 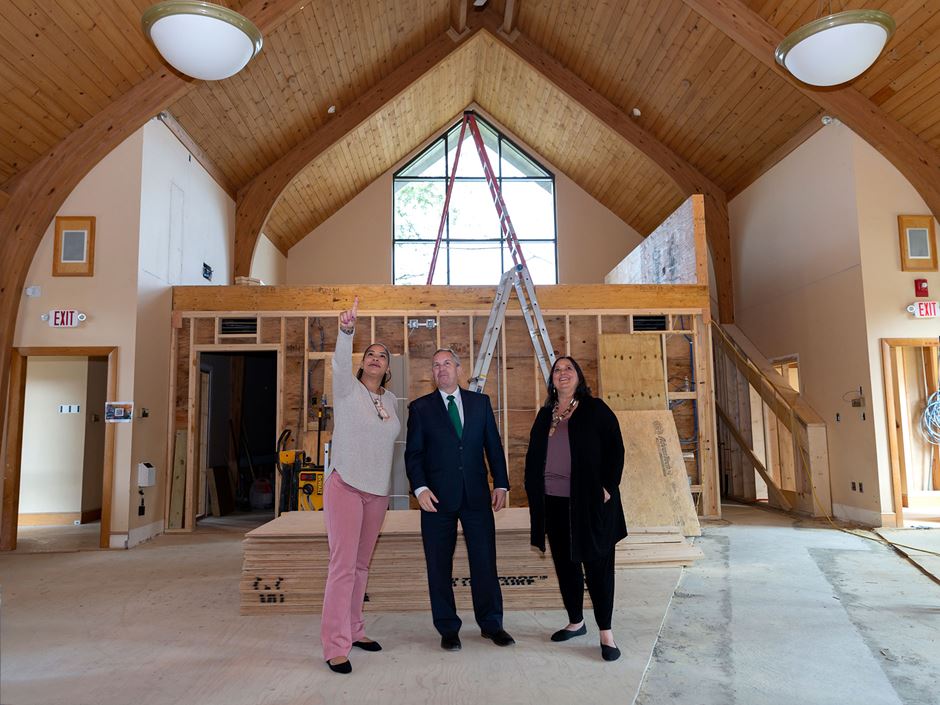 Built by Endicott’s founders in 1978, the Interfaith Chapel has long served as a safe space to learn and grow alongside others, no matter their beliefs or backgrounds. It’s been a meeting place to celebrate differences and share experiences, and the space will continue on that trajectory … though it is getting a bit of a facelift in the meantime.

This spring, renovations began on the Interfaith Chapel, with the goal of modernizing it—both in form and in function. Now, with construction wrapping up in June, the building will be officially renamed and announced in June, too. A grand reopening is slated for the fall.

“Because of how vibrant and amazing the spiritual life programming has become, the building needed an uplift,” said Vice President and Chief Diversity Officer Brandi Johnson. “We’re not trying to eliminate any programs—we’re trying to make a space where we can have more programming and potentially even dual programming.”

Along with a broader mission, Director of Belonging and Spiritual Life Gail Cantor noted that some practical upkeep was overdue.

“We’re trying to make a space where we can have more programming and potentially even dual programming.”

Incorporating nature, by moving from stained glass to transparent windows, is another way the building will be inclusive. 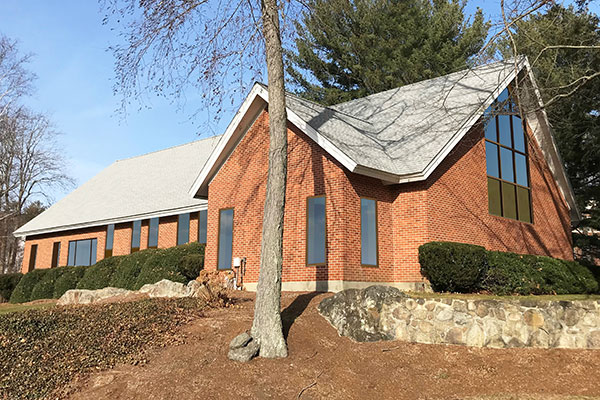 Rendering of the revamped building with transparent windows

“Now you can see out into nature. They’ve done an amazing job in the front of the building, letting in the natural light and the trees,” said Cantor. “We’re hoping it gives the feeling that we’re all part of the same world here, and that’s what the building has been for.”

However, some students expressed concern over the new windows, saying they might take away from the privacy the building has always provided.

“We heard them and we listened,” Johnson said. “But now that we’ve been in the space, the trees and the bushes and the nature that already surround the building still provide a beautiful sense of privacy. I loved the building with the yellow glass, and I love it even more with the clear glass.”

After conversations with students and alumni, some stained-glass pieces will be reserved for an in-building art installation. “We’re not trying to eliminate what it was but commemorate that,” Johnson said.

As with the decision to change the windows, the other renovations are intended to make the building even more of a sanctuary. There’s the addition of a loft space, which provides a tucked-away area for smaller meetings like Bible studies. The renovation has also improved accessibility, with larger restrooms that accommodate wheelchairs.

“We’re also going to have a Muslim foot bath added to one of the bathrooms. And that foot bath will have educational information above it to explain what it is,” Johnson said. “It was important for us to offer this to our students and faculty and staff who are Muslim.”

One aspect that isn’t changing is the building’s large meeting space. Equipped with convertible furniture, this ground-floor area can accommodate any type of gathering, from Dine & Dialogues to faith-based programming. 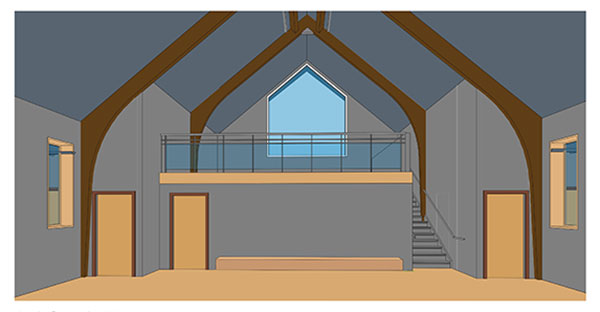 Interior rendering of the building, featuring a loft space for more intimate gatherings “Besides big athletic spaces, there aren’t any spaces that can be converted and used in different ways, and that’s important to the work we do,” Cantor said. “We didn’t lose our big space. We can do a drum circle in there. When we do Mass, we set up Mass on one side and then have dinner on the other side. We can configure it however we want, which I think is smart.”

Both Cantor and Johnson are ecstatic about the renovations, and they’re confident that students will be, too.

When you arrive on the Endicott campus, “this is the first building that kind of smacks you in the face,” said Johnson. “People see this as their safe space, and I hope that it continues to bring our community together. I genuinely believe that when students first walk in the new space, they’re going to say, ‘OK, this is good.’”

To Protect, Serve, and Comfort
In Pictures
20 Questions with Juan Carlos Morales