Through his academic pursuits, Usman Yousaf ’16 M’19 is reaching the goals his parents set for him years ago. 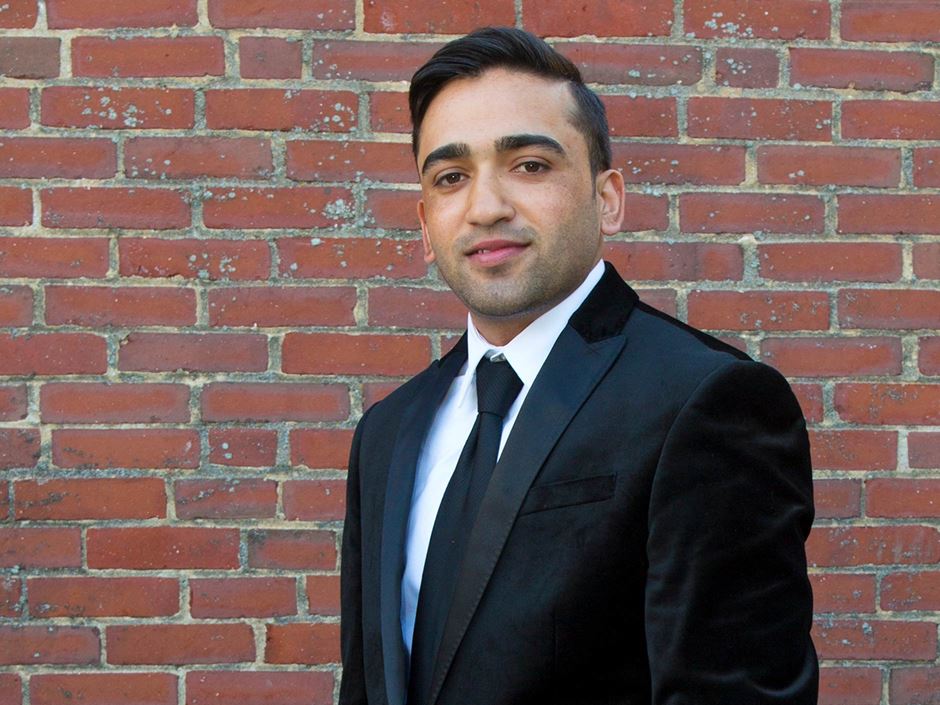 As a young boy, Usman Yousaf ’16 M’19 attended school on a carpet under the expansive blue sky of Asad Kashmir, Pakistan. His introduction to education is vastly different from the experiences shared by most American students, but he valued his education all the same—perhaps even more so. His parents knew what possibilities existed for a person with an education, and they saw to it that their children benefited from those opportunities. By the age of six, Yousaf walked nearly eight miles to school round trip—at times dodging gunfire and hiking along treacherous mountainside paths—all while remaining committed to his school work. On the occasions that he achieved “first position” in school, his entire village joined in celebrating his success.

Earning first position was a continuous goal of Yousaf’s—goals are important to him. He says, “I function this way, I feel if I don't set a goal for myself then there is nothing to achieve.” His family set many goals for him as well, his father’s was for him to study and to someday hold a job in an air conditioned office. Yousaf’s father, whose work forced him to endure long hours in the sun and extreme heat, wanted to make sure that his children had more comfortable lives than his own. 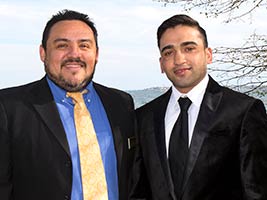 Yousaf progressed through school, and while attending university, he received the opportunity to attend a conference in the United States. He was impressed with the American education system and the civility he found in people. He decided to remain in the States to attend college, and after an extensive search he came across Endicott College’s Van Loan School of Professional Studies, and connected with staff members at its Boston location. He says, “They were so kind to me and guided me through the admissions process. I was lost in America but then I found them and they helped me throughout my academic career. They befriended me and because of our relationship—after receiving my undergraduate degree—I went for my Master of Business Administration.”

“They were so kind to me and guided me through the admissions process. I was lost in America but then I found them and they helped me throughout my academic career.”—Usman Yousaf ’16 M’19

In addition to his academic courses, living in a new country was an immersive educational experience on its own. He says, “I was born and raised in a very small village. I lived with one set of people, with the same culture and the same religion. I had never lived in a diverse country or read American history, so courses like American history, world religions, and social issues were my favorites.” He encountered many people with different backgrounds and viewpoints and learned from them. He befriended those same people and educated them about his culture and religious beliefs. He says, “I believe in educating others rather than getting offended. I answered their hard questions with a smile. Today those few folks have a different view of Muslims around the world. These interactions illustrate the importance of diversity; diversity makes us better—it certainly made me a better person.”

“These interactions illustrate the importance of diversity; diversity makes us better—it certainly made me a better person.”—Usman Yousaf ’16 M’19

For Yousaf, his personal growth coincided with his professional growth. He says, “I always wanted to better myself each day, and my education helped me exceptionally. It also helped me in my professional career, as it taught me the necessary skills to succeed. Just to name a few, it helped me to develop my communication skills and become a team player through working on various projects. Many courses taught me critical-thinking skills and made me realize that the answers will not always be in front of my eyes. I learned to manage my time and my calendar, and my courses gave me the confidence to ask questions about things that I didn't understand. Additionally, delivering presentations helped me build up the confidence to express my views—I still have some lectures and presentations that I use in my everyday work life.”

His life has changed exceptionally since he was a young boy attending school outside. He has embraced education, open-mindedness, and diversity and is reaching the goals his parents set for him years ago. When he arrived in America he was alone and without a job. He introduced himself to an accountant, who soon became his mentor as he pursued both his career and education. Today, Yousaf works in an air conditioned office as an accounting analyst with a view of the sky, overlooking the Boston Common.