SHE Aspires Higher molds relationships between women on campus and brings them together to discuss important topics. 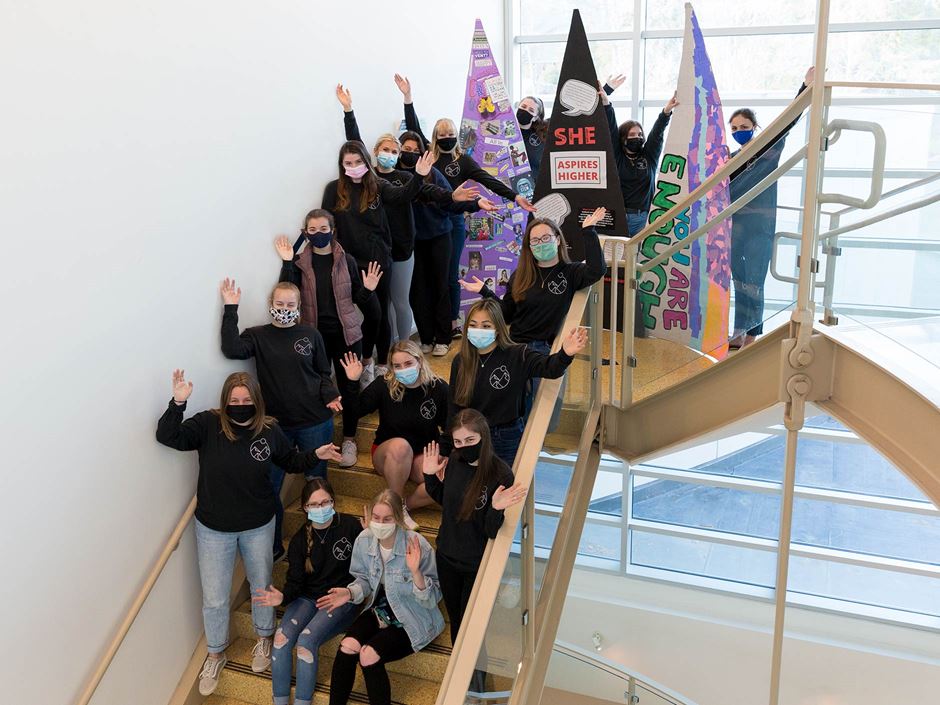 SHE consists of a monthly speaker series where all members attend, including the founders, and weekly small group meetings that are held by student leaders. The student leaders determine conversation topics each week, while also offering a creative outlet for students (think Zen gardens, puzzle making, and more). The organization has roughly 25 members of various class years and majors who are all active participants.

“During the Spring 2020 semester, pre-coronavirus, Endicott College held an off-campus women's retreat, and after that weekend, we knew that it was something we wanted to continue to offer to our women on campus,” shares Laurenza. “Though, because of COVID-19, we had to rethink the model due to safety protocols.” After brainstorming, the three co-founders decided that a semester-long journey could be more beneficial than just one weekend and would not only establish connections, but provide opportunities for continued engagement during a very isolating time. And from there, SHE Aspires Higher was born.

“Students were able to make connections with people who they probably wouldn’t have met otherwise and participate in meaningful women-oriented conversations that aren’t really being had in other places on campus.”—Assistant Director of Student Activities Alyssa Laurenza

Kelly Dillon ’21 chose to be a member of SHE because it was an opportunity that hadn’t presented itself before—to be part of a group that’s dedicated to female empowerment. She shares, “SHE Aspires means unapologetically empowering women. It is women supporting women, not just in school or work, but in life. For me, SHE is a unique space to be open and raw and receive nothing but love and respect in return.” Dillon says that the group is supportive and courageous and anyone who participates will benefit and strengthen it as a whole. 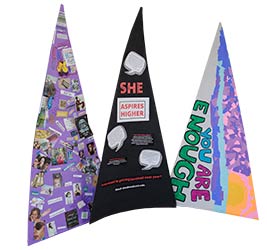 SHE kicked off on January 21, 2021, a date that was not chosen by coincidence; just one day prior Kamala Harris made history as she was inaugurated as the first female Vice President in the U.S. The theme of SHE’s inaugural meeting was, fittingly, women in politics and was led by Tacy Cresson ’20. Cresson, who was working for Delaware Senator Chris Coons at the time and had spent time with VP Harris and President Joe Biden, spoke about what it means to be a woman in politics, especially during such a historical time.

“It’s been a really positive experience for us staff members and for the members,” says Laurenza. “Students were able to make connections with their peers who they probably wouldn’t have met otherwise, and participate in meaningful women-oriented conversations that aren’t really being had in other places on campus.”

Laurenza, Muise, and Kelley have plans to evolve SHE Aspires into a year-long initiative that includes an off-campus weekend retreat each spring.

“SHE Aspires means unapologetically empowering women. It is women supporting women, not just in school or work, but in life.”—Kelly Dillon ’21

To learn more about SHE Aspires Higher or get involved, contact Alyssa Laurenza, Assistant Director of Student Activities, at alaurenz@endicott.edu.