Hospitality a World Away

Three of Endicott’s hospitality management alumni have brought their talents back home. 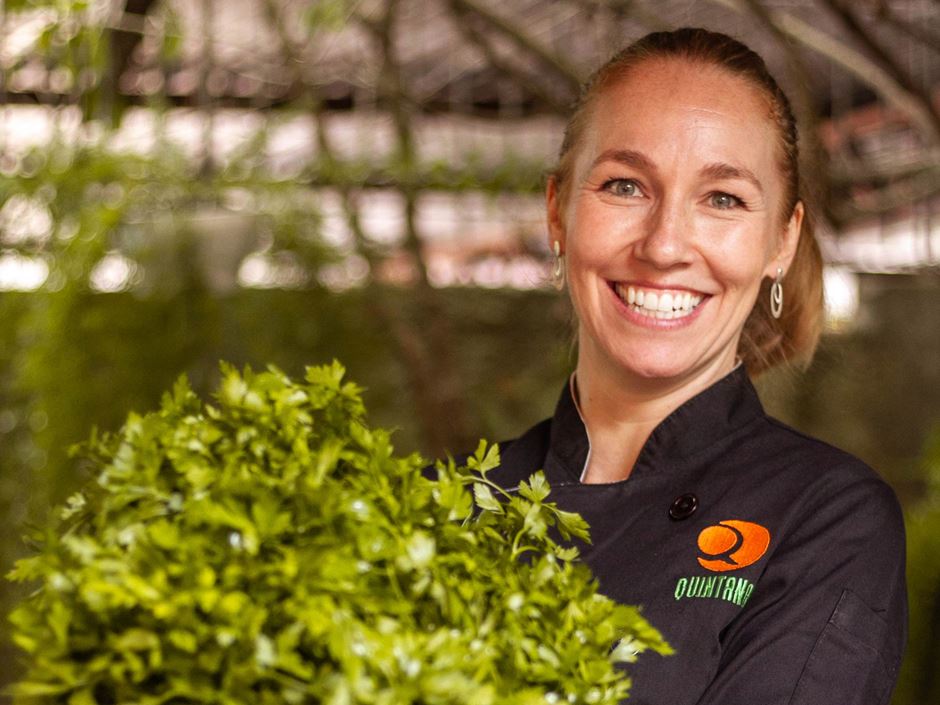 While many things can divide a group of people: ideologies, backgrounds, even personal preferences—one thing is universally appreciated: a truly exceptional hospitality experience. So much goes into those sorts of magical events and no one knows more about how they come to be than our Endicott College hospitality management alumni. From their humble beginnings as students at our Beverly, Mass., campus, they have flown far and wide, having built their own nests with the knowledge that they now use to show others how to foster excellence.

Shining examples of this include Nick Oxborrow ’98, Gabriela Carvalho ’01, and Oscar Lindeberg ’01. Each experienced Endicott’s non-traditional classroom, La Chanterelle, as a stagiaire or teacher, and graduated from both the world-famous hospitality school Les Roches in Switzerland and Endicott’s School of Hospitality Management. They are now successful entrepreneurs. 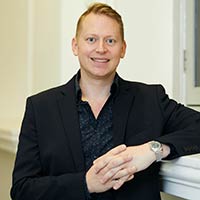 In 2008, Nick Oxborrow founded a boutique event services agency that offers a wide range of services and styling for the events industry in Singapore, that is as exciting as its name—Fabulation.

For Oxborrow, the creation of his company was inspired by a coworker. He says, “In 2005 I was working for a chef in London running the front of house events for his catering business. He saw that I was doing so much more with events than just organizing the food and felt I should explore that.”

“I looked at getting jobs with other event companies and they always wanted to bring me in at the bottom because I had no track record in event styling and management,” says Oxborrow. “The chef at the time really encouraged me set up my own business and gave me the confidence to see that I could actually do something like that. While it took a few years to do it, I am so grateful that I wasn’t deterred.”

Oxborrow found a niche in a likely location—his home city. He says, “I was born and raised in Singapore. I visited my father who was living there in 2007 and we discussed my business idea and what I wanted to do. When I investigated the market, I realized that nobody was really doing what I wanted to do in events.”

He notes that Singapore is a small island with limited resources. “Everything we do is influenced by the culture and resources available,” says Oxborrow. “In New York or London, you can rent a chair, in any color, with seat pad options in many styles and quantities available. In Singapore, there are very limited options so we have to be more creative in how we create a look and feel for an event, so I realized there was potential to grow an event styling business there.”

Though market-based opportunity helped get his business started, college ignited his initial passion for event design. Oxborrow says, “Endicott was a place where I realized I had the talent for styling and developing my ideas. We were able to work on an event for the 100th anniversary of the Escoffier Society and I rented gold candelabras and flower bulbs for the table decoration. It was the beginnings of my business even though I didn’t know it at the time.”

A great hospitality experience is often assumed to be a simple affair, but the truth is far from that. “When people experience amazing hospitality service, they have no idea how much goes into the finished experience,” says Oxborrow. “Service organizations are
like swans, they glide along effortlessly, but there is a lot of work behind the scenes to make it all come together so beautifully.”

The notions of quality and seizing opportunity are reflected in how Oxborrow sees himself—a hospitality professional and then an entrepreneur. He says, “One is natural and the other is a means to an end. I am first and foremost a hospitality person. You either have that or you don’t. If someone comes over to the house, I will immediately jump up and offer them a drink, so service is natural. The entrepreneur side is less natural. I didn’t see my career developing with other companies as it wasn’t being made available, so I had to do it myself.” 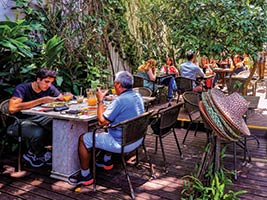 During her time at Endicott, Gabriela Carvalho worked for two years as a stagiaire at La Chanterelle and now, as the owner of the restaurant Quintana Gastronomia, has become known as one of the prominent hospitality professionals in Curitiba, Brazil.

Carvalho wanted to start a business in Brazil because it is her home. She says, “I followed my heart. I didn’t know that at first, but with time I understood here is where I must be. Home.” Her location has directly influenced her and she has found powerful value in that.

“In general, you won't get filthy rich working in the [hospitality] industry, but it is a rewarding lifestyle and a great industry that can take you places where you will meet creative and fun people that you wouldn’t in other industries. If you like humans and adventures—this industry is for you.” —Oscar Lindeberg ’01

Part of Carvalho’s professional strength is the care she takes along the way. She says, “I care about life overall. I respect nature and its sources as well as people and their varied knowledge and different cultural backgrounds.”

All of that makes perfect sense when you consider that Carvalho’s restaurant is structured to combine sustainability and various areas of culture within culinary arts and service. “I love being able to cook and serve different dishes according to our freshest organic products available each day,” she says. “I love having art exhibitions every month. I love how my team stays with me because they learn a lot.”

We asked Carvalho what it takes to make it in hospitality. “You must have passion or love to be in it, or else it is not worth it,” she says.

The School of Service

After completing his degree at Endicott, Oscar Lindeberg went on to open his own company, The School of Service, which is located in his home country of Sweden. 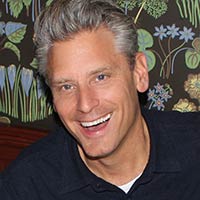 He began his business with a mission to empower others within the field of hospitality. “After many years within the hospitality industry in various positions such as CEO, business developer, and concept developer, I found that it is a challenge to empower employees on the frontline and make them create magical guest interactions based on company concepts,” says Lindeberg. “My idea was to create a durable service system that applies concept, corporate culture, service, and sales to each guest interaction.” Since its inception, Lindeberg has watched the idea transform into a concrete product, which has fueled his passion.

While his business is located in Sweden, he has taken and applied much of what Endicott taught him. He says, “The U.S. universities differ from universities in Sweden. In the U.S. you have to have several majors. I studied hospitality, but also art. It was an eye-opener for me as it made me realize the spectrum of business and art, which allows you to get more creative. I have used that in leadership and facilitation during my years.”

Lindeberg honed his skills in the classroom, but thanks in large part to School of Hospitality Management Associate Professor Brendan Cronin, was also able to lead one. “Under Professor Cronin’s leadership, I started to explore instructing and that has since been a great part of my career and what I work as today,” he says. “La Chanterelle and the team have made a great impact on my career.”

Aside from Cronin, Lindeberg has several hospitality idols. He says, “Isadore Sharp of Four Seasons—his way of creating a culture and guest experiences is amazing, Gary Vaynerchuk and how he talks about entrepreneurship and has changed the wine industry, and Simon Sinek on talking about the ‘why.’”

For Lindeberg, hospitality is more than a calling. “For me, it is a lifestyle and it is extremely rewarding, because you and your team make a great impact on people by creating moments and experiences that sometimes make a small impact and other times results in experiences they remember for the rest of their lives,” he says.

Passion, drive, and a true love for hospitality—these Gulls have it all. Endicott is proud that their careers and entrepreneurial spirit took flight here.

Government Gulls
From an Internship to Senate Staffer
Looking Back: Class of 1971