Despite COVID challenges, Endicott’s international education programs are not only bouncing back—they’re stronger than ever. 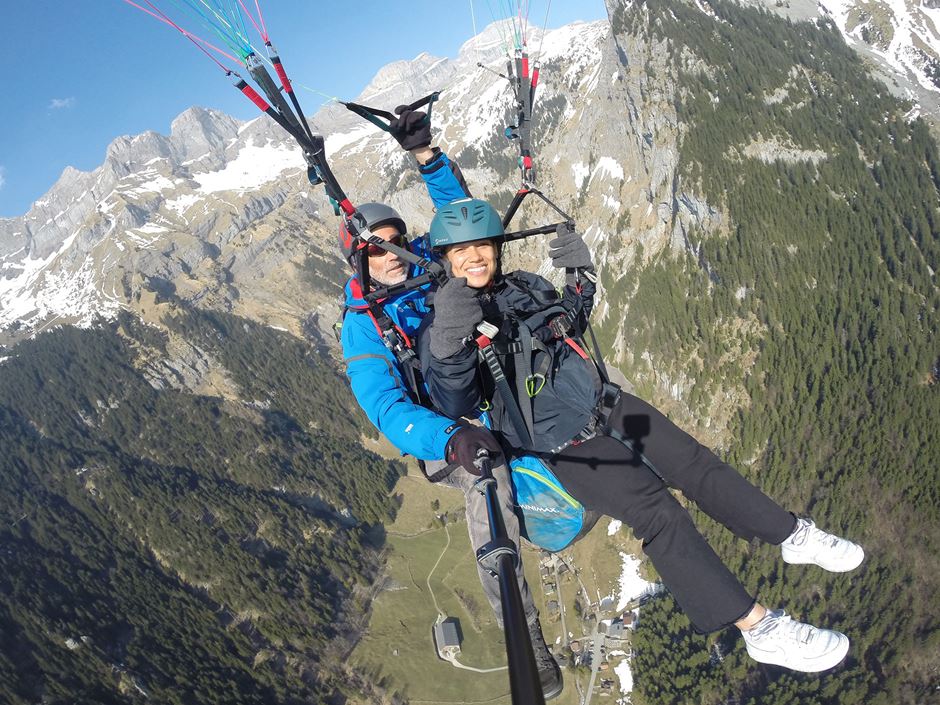 When Caitlin Ryan ’24 visited Endicott on Accepted Students Day four years ago, she knew she wanted to study abroad, even then.

“It’s challenging to do an entire semester abroad as a nursing student, and Endicott was the only college offering that privilege,” she said.

Just this spring, Ryan crossed the Atlantic and found a home away from home in Florence, Italy.

COVID also played a part in her decision—after being stuck in the house and the same area for the last two years, she decisively knew she had to travel.

For young people, a chance to explore the world during college is a way to gain a global outlook, expand horizons, and make new friends, all while building confidence and self-sufficiency. For women, the opportunity to travel—and even do it solo—can feel liberating and even courageous.

Earlier this semester, an opportunity arose for Ryan to travel by herself from Florence to another European country. “At first, I was very hesitant and nervous about it,” she recalled. “There was a big internal struggle about whether I could even go by myself, and would I have been mad at myself if I didn’t go?”

She continued: “I had to trust myself and my abilities, which I had never done before. One of the biggest lessons that I’ve learned during my study abroad experience is the amount of self-confidence I’ve gained. I’m very proud that I spent the weekend by myself in a new country, and I now have the confidence to do it again.”

Caitlyn Sievers ’22 feels the same. While there’s always some trepidation with any new experience, “I’ve learned how resilient I am in the face of unexpectedness and change,” said the psychology major who spent the semester in the Czech Republic.

“I was nervous to go to a new country alone but it was empowering to do this on my own and see how much I could figure out and learn by myself.”

Despite country shutdowns and other COVID challenges, Endicott’s study abroad and international internship programs have bounced back.

Students not only want to travel, but with 30 study abroad locations around the world and a seamless process for interested students, it’s easy to see why Endicott boasts one of the highest-ranking international education programs in the country.

In April, Jaferian returned from Cork, Ireland, on a visit to Munster Technological University (MTU), which, along with the College for International Studies (CIS) in Madrid, Spain, are two of Endicott’s most important—and popular—study abroad sites. 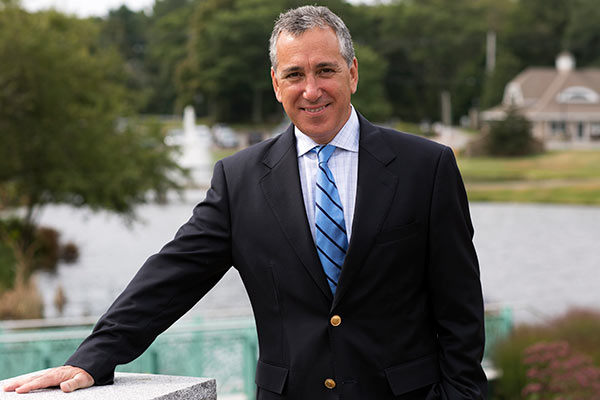 “Cork is often dwarfed by Dublin, but there are 30 multinational companies that have major operations there, such as Apple, which has the second-largest campus in the world outside of their headquarters in California,” said Jaferian. “So, it makes sense for us to have this partnership.”

Along with School of Visual and Performing Arts Dean Mark Towner and School of Sport Science Dean Deborah Swanton, Jaferian met with MTU’s new president Maggie Cusack and other officials to discuss strategies for growth between the institutions, continued curriculum alignment, internship opportunities, and increasing the number of Irish students studying at Endicott.

Having these close relationships with officials at study abroad sites is a critical component of Endicott’s international success.

“I know I can pick up the phone and talk to the president of any one of these universities and make sure that our students are safe and healthy,” Jaferian said.

Even so, no part of the world has fared the same when it comes to COVID, however, and Endicott has halted sending students to Asia and Australia as both continents struggle to catch up.

“We’ve concentrated on sending our students to programs where the country is open to university students, and where we have solid relationships—not to say that we don’t in other countries—but it’s been Western Europe so far that we’ve been able to maintain our study abroad programs throughout the pandemic,” said Jaferian. “Endicott is just one of just a handful of colleges and universities to do that.”

For Jaferian, it’s critical that Endicott’s global opportunities are not only safe and transformative but also retain that intimate, personal feel that students find on Endicott’s Beverly campus. Nowhere is that more evident than in Cork.

The partnership with MTU started in 2018, the same year Endicott established its own brick-and-mortar facility in Cork. Built in 1840, the five-story Victorian-era apartment features 18 single bedrooms, overlooks the River Lee, and a two-minute walk will get you into downtown Cork. To get to the MTU campus, which is just on the outskirts of Cork, students can take a short ride on a double-decker bus. 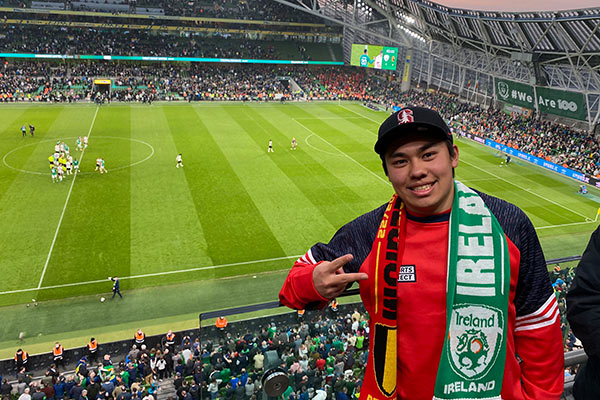 Kainu'u Gavin '24 studied in Cork, Ireland, for the spring 2022 semester

“We don’t send our students just here or there, and say, ‘Come back with a transcript,’” Jaferian said. “We know exactly where our students are staying. We know the courses they’re taking. We’ve mapped all the curricula so that the students aren’t behind because they’ve studied abroad, and they can also use their financial aid and their scholarships, too.”

While 90 percent of students arrive at Endicott without a passport, 40 percent study abroad by the time that they leave, according to Jaferian.

For Kainu’u Gavin ’24, becoming more independent and worldly was a personal priority, so he jetted to Cork for the 2022 spring semester, too.

“Ireland is more diverse than people would think,” he said. “Being here has led me to not just learn about Irish culture, but French, German, Finnish, and other cultures from interacting with the international students.”

In January 2022, Dr. Andrew Bennett took the helm as Associate Dean for CIS Madrid, which, like MTU, is considered a “sister school” to Endicott.

The Louisiana-born Bennett met his Spanish wife while she was studying abroad at Rhodes College in Memphis, where Bennett was attending. While pursuing a Ph.D. in comparative literature from the University of Texas at Austin, Bennett and his wife were already ensconced in international life—jetting back and forth between the U.S., Spain, and Vietnam, where his wife worked for the Spanish embassy and he taught at an Australian university. Twelve years ago, the duo settled in Madrid.

CIS confers Endicott degrees to its bachelor of arts students, so Bennett’s main role is ensuring that the college’s courses adhere to Endicott’s curriculum and expectations.

“It’s exactly the sort of role that I find interesting and stimulating—that space between countries and cultures and institutions as well,” he said.

Bennett also manages the master’s in international education program, which is designed for mid-career and international instructors at international schools to enhance their skill sets and advance their careers. He is already at work organizing in-person summer courses in Madrid for the students to meet and network; it will be the first time in two years that the program has been offered. 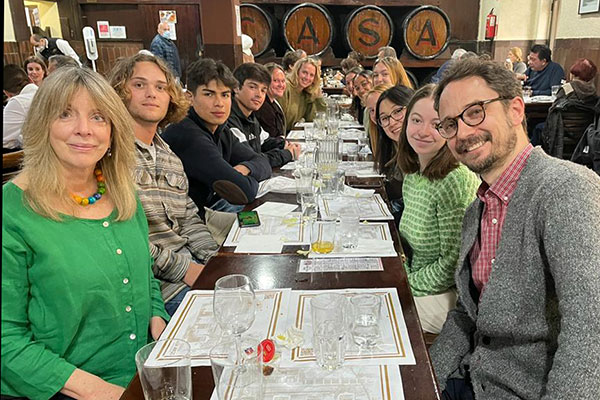 Dr. Andrew Bennett (right) with a group of CIS Madrid students “There’s so many cool things happening here and CIS has a great relationship with Endicott,” Bennett said. “Endicott has done a great job in building this relationship, and it should be celebrated.”

“They have taken full advantage of the opportunity to be here,” Bennett continued. “They’ve done a lot of traveling. And I see that they’re engaged, excited to be here. Spain is a great country. Madrid is an amazing city. It’s got a lot of sides to it. The food is amazing; the people are great. There’s always plenty to do.”

While he acclimates to his new role, Bennett is excited to explore the possibilities between Endicott and CIS, including internship opportunities for Endicott students in Madrid.

“Endicott is so committed to the international model of education and it’s admirable that the students are expected to travel,” he said. “There are a lot of opportunities yet to be explored in this relationship. I’m excited to try to maximize that and see where we can go with it.”

Expanding the reach of Endicott beyond its Beverly borders is an ongoing mission. Excitingly, Jaferian—in collaboration with Bennett and partner institutions—is looking to open up the exchange program to Endicott faculty and staff, too.

“We tend to look at what we do through our own lens, which can be ethnocentric,” he said. “If we were to have a study abroad advisor come and change roles for a week or two, or a librarian, or whoever, I think that can only help to further internationalize our campus.”

Jaferian is also investigating a potential rebrand of the Office of International Education to sound more inclusive (he’s already brainstorming new names) and a partnership with the National Student Exchange, a group of universities in North America, Puerto Rico, Guam, and other territories. The partnership would give students the opportunity to pursue studies at partner institutions in these locations and receive students from them, too.

“Coming out of COVID,” Jaferian said, “I would say more and more doors are going to be reopening.”