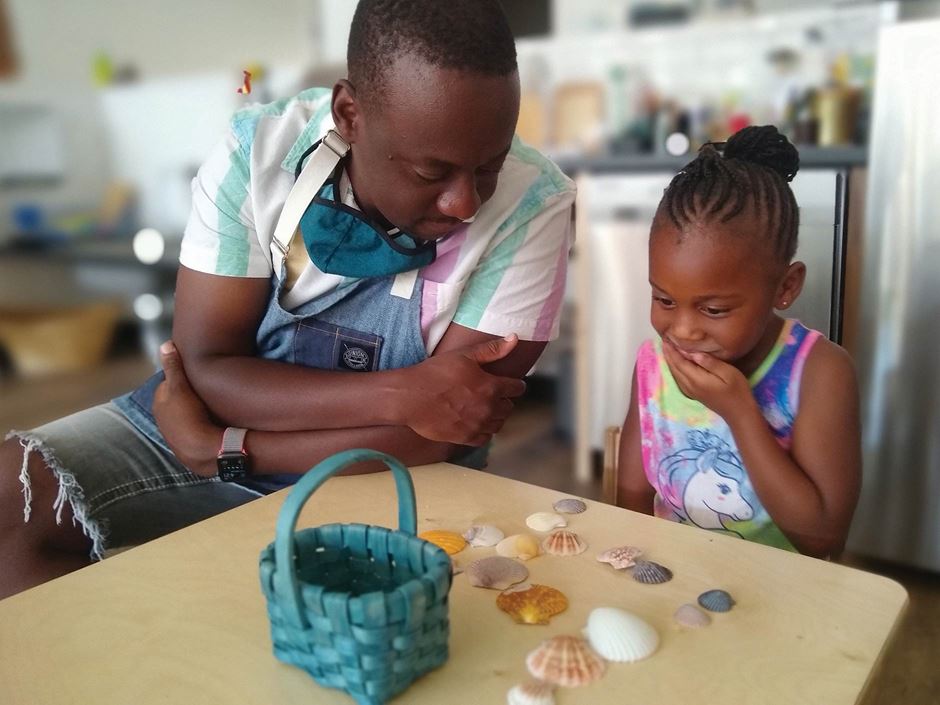 While a college degree may launch careers and opportunities, Tatenda Blessing Muchiriri ’20, Co-Founder of Flame Lily Montessori in Aurora, Colo., knows firsthand that the influences of family, culture, and life experiences are also ineffable.

Muchiriri, a 2020 graduate of the Van Loan School at Endicott College, has always considered his mother one of his most important teachers, believing deeply that she knew the Montessori philosophy before he ever discovered it.

“Montessori is the story of my people,” he says. “It is about freeing the child and trusting that they own their learning and growth. Growing up in Zimbabwe, I played outside a lot. The expectation was simple: go out and explore and live your best childhood life.”

“Montessori education is an education that doesn't teach children to think but engages their whole body and movement as they form themselves. It is an adaptive pedagogy.” —Tatenda Blessing Muchiriri

That playful freedom eventually led Muchiriri to educating local villagers about gender inequity and the HIV/AIDS epidemic—efforts that garnered the attention of American filmmaker Robin Truesdale.

Her documentary “Tumbuka” (“bloom” in the Shona language), which followed Muchiriri’s work, premiered in China in 2009. There, his life changed forever.

While in China, Muchiriri was invited by an entrepreneur to observe the goings-on in a Montessori school he’d founded. Inspired, Muchiriri spent the next seven years there as a teacher training in the Montessori philosophy.

He moved to Boulder, Colo., in 2015 and began working at a local school and continuing his training at the Montessori Education Center of the Rockies. At Endicott, Muchiriri applied his existing knowledge and professional experience toward class credit through the Prior Learning Assessment, or PLA.

“PLA was truly transformative for me,” he says. “It gave me confidence in my writing and allowed me to emerge as an eloquent voice in Montessori with an Afrocentric view.”

Defining his own path seemed inevitable for Muchiriri, who Laura Douglass, Ph.D., Dean of Van Loan School of Professional Studies describes as “an exceptional role model, whose passion went from a kindling to a roaring fire while he was at Endicott.”

“Tatenda does not let obstacles stop him. He is independent, powerful, and passionate.” —Laura Douglass, Ph.D

Montessori in the U.S. has been predominantly accessible to white, middle-class students and teachers. To bring Montessori to Black and brown children in the Denver area, Muchiriri joined the Moonshot edVentures fellowship, which supports and encourages new educational pathways and creates opportunities for diverse leaders. Through this fellowship and a partnership with the Wildflower Montessori network, he was able to open his school in fall 2021.

He hopes to spur other leaders to increase access by opening more schools. “A school by the community for the community is the way to revolutionize Montessori in making it more equitable and accessible,” he explains, adding that one day he’d like to bring formal Montessori training back to Zimbabwe.

“Dr. Maria Montessori wanted her educational practice to be a method for all children, including families with children who had no access to mainstream education. Montessori should be for all.”

Photo caption: Following the opening of his Montessori school, Tatenda Blessing Muchiriri ’20 is set to continue his education through the M.Ed. program at Endicott.