In March 2019, Endicott College formally announced its seventh president, Steven R. DiSalvo, Ph.D.—a higher education leader with a track record of transformative success at multiple U.S. colleges and universities. On July 1, 2019, Dr. DiSalvo officially stepped into his new leadership role ready to build upon the strong foundation of the College. 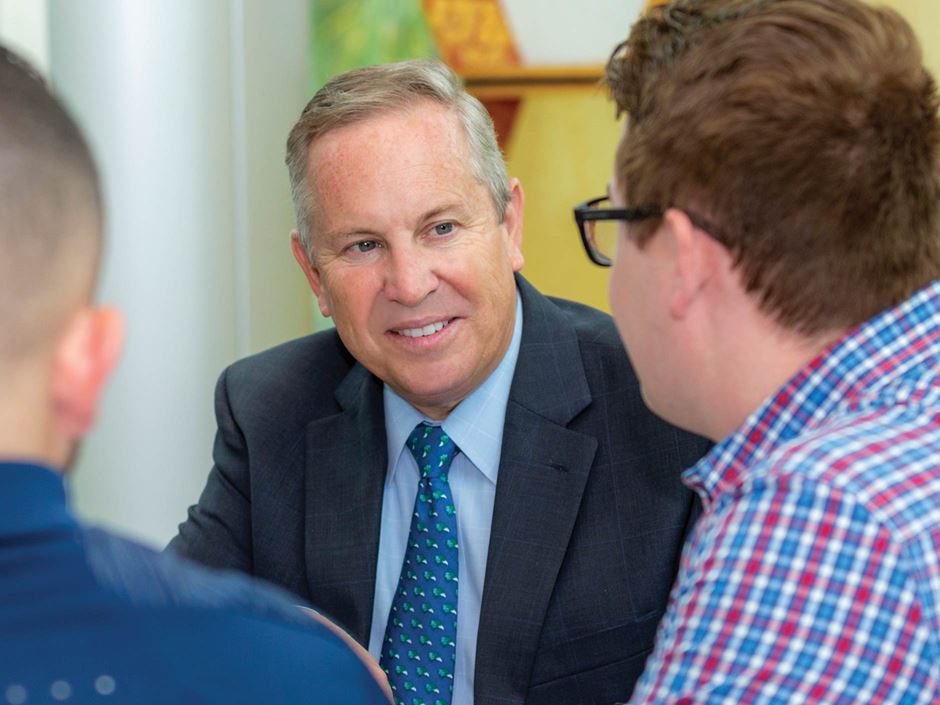 As president, Dr. DiSalvo has a mission to ensure that Endicott leads the way with access to affordable, quality education so that today’s students can meet or exceed their highest potential. As a first-generation college student, Dr. DiSalvo is a firm believer that the investment to further one’s knowledge is invaluable. During his tenure, Dr. DiSalvo will work closely with the Endicott community to strengthen the undergraduate and graduate programs and increase the College’s presence as a top regional institution.

A leader in higher education and beyond. 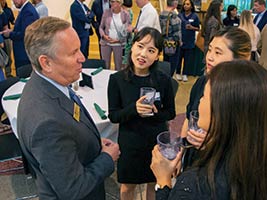 Dr. DiSalvo greeted our international student
population when they first arrived at their
new home in late August.

Prior to Endicott, Dr. DiSalvo served as the 10th president of Saint Anselm College in Manchester, N.H. At Saint Anselm, his tenure was marked by enrollment and endowment growth, a successful capital campaign, increased retention and graduation rates, and significant capital improvement projects. Previously, Dr. DiSalvo was president at Wisconsin’s Marian University, where he bolstered the University’s endowment, upgraded its facilities, and launched new undergraduate and graduate programs

On the national stage, Dr. DiSalvo has surfaced as a leading voice in the ongoing conversation about college affordability, with op-eds and interviews in media outlets such as The New York Times, The Washington Post, The Wall Street Journal, and The Boston Globe, among others. He also led the Committee on Student Aid as a member of the Board of Directors for the National Association of Independent Colleges and Universities (NAICU).

Dr. DiSalvo brings a wealth of experience beyond the sphere of higher education to Endicott, having served as president and CEO of the Hopewell Group, a leading philanthropic advising firm, and as executive director of the Joe Torre Safe At Home Foundation, which is committed to helping children heal from the effects of domestic violence and abuse. He has also formerly worked as executive vice president at Junior Achievement of New York, which is dedicated to preparing and inspiring young people to succeed in a global economy. 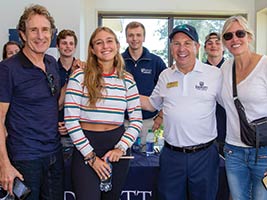 Dr. DiSalvo rolled up his sleeves at New Student
Move-In to help the Class of 2023 and their families
get situated seamlessly.Dr. DiSalvo holds three degrees from Fordham University: a Doctor of Philosophy in Educational Leadership and Policy, a Master of Business Administration from the University’s Gabelli School of Business, and a Bachelor of Science in Psychology. He previously worked in advancement at Fordham as well as at Loyola University Chicago and Fairfield University. Informed by his education and experience at multiple institutions, Dr. DiSalvo maintains a deep belief in providing college access to all students and ensuring that the college community is diverse, inclusive, and reflective of the world in which we live. His philosophy is centered on one common question: are we doing our best to serve our students

Dr. DiSalvo credits his parents, Arline and Sal DiSalvo, for providing him the opportunity to receive a high-quality education by making many sacrifices, including working multiple jobs to help put him through a private, independent college. He and his wife, Eileen, are the proud parents of three adult sons, Tom, Andrew, and Connor.

What is on your bucket list?
Flying an aircraft solo.

What should every person try at least once in their life?
Ziplining

What do you do to relax?
Golf. Although, sometimes that causes additional stress!

How did you meet your wife, Eileen?
We met at a mutual friend’s sweet 16 party.

Do you have any personal mantras or an outlook on life you embrace?
Treasure every moment.

Favorite sports team?
The New York Mets. I was a vendor at Shea Stadium when I was 16. I was at all of the 1986 World Series games, including the Bill Buckner game!

If you could dine with any person, fictional or historical, who would it be?
Neil Armstrong

Favorite musical artist(s) or best concert you’ve ever been to?
I grew up going to Billy Joel and Bruce Springsteen concerts.

What is one thing we would never guess about you?
I had a walk-on part in the Academy Award-winning film, Wall Street.

What stands out as Endicott’s greatest asset or feature?
The people. Loyal, passionate, and fun.