From Coast Guard to Homeland Security

At the Marblehead Harbormaster, Jeremy Gillis ’21 carries out duties reminiscent of the search and rescue he had done in the Coast Guard. 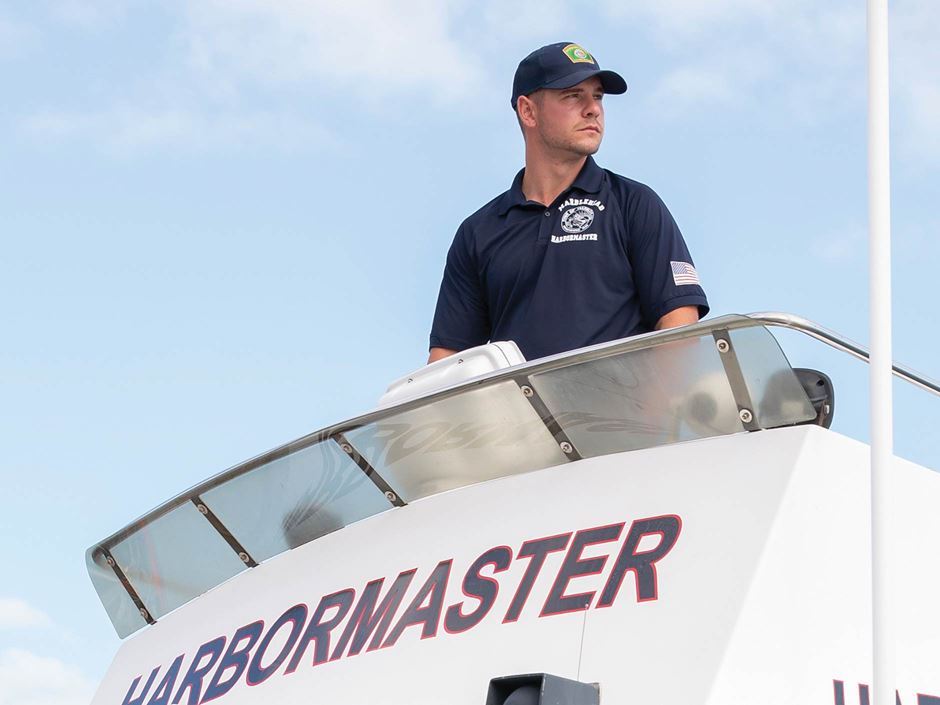 On his way to becoming a double Gull, Jeremy Gillis ’21 is providing an inspirational example of how military service can transition into higher education to launch a career.

Joining the Coast Guard after high school, Gillis served for five years stationed in Long Island, NY, and Hull, Mass., before heading to Florida to finish his service as an airplane mechanic. Later, Gillis was given a medical discharge and looked to complete his degree as a next step.

A native of Marblehead, Mass., and familiar with Beverly, Gillis knew that Endicott had a military-friendly reputation, and the switch from the Coast Guard to the College was “an easy transition.”

“They accepted every credit from the Coast Guard, where I took some undergraduate classes, and even counted some of my plane mechanic school as science electives,” he says. With all the accepted credits, Gillis quickly completed his bachelor’s degree in criminal justice between September 2019 and graduation this past May, all while playing football.

“I knew my G.I. Bill would cover it while was applying for jobs,” he says. “I would have rather stayed in school and keep that momentum instead of taking a few years to work and then going back.”

Gillis will graduate with a master’s degree in May of 2022, and currently works for the Marblehead Harbormaster—a full-time, seasonal position he got following a January internship there—while navigating the lengthy application process to be a special agent within the Secret Service or FBI.

“The program is definitely challenging,” he says, “but they’ve pushed me to be better presenter and better writer—it’s definitely designed to get you out of your shell and into a professional mindset.”

A National-Level Achievement
Beyond Design
Building a Lasting Partnership