The Case of Emil Diesel & the Incredible Journey Along the Way

Fighting for truth and justice across the globe; the fascinating fictionalized take on one family’s real-life struggle against the Stasi. 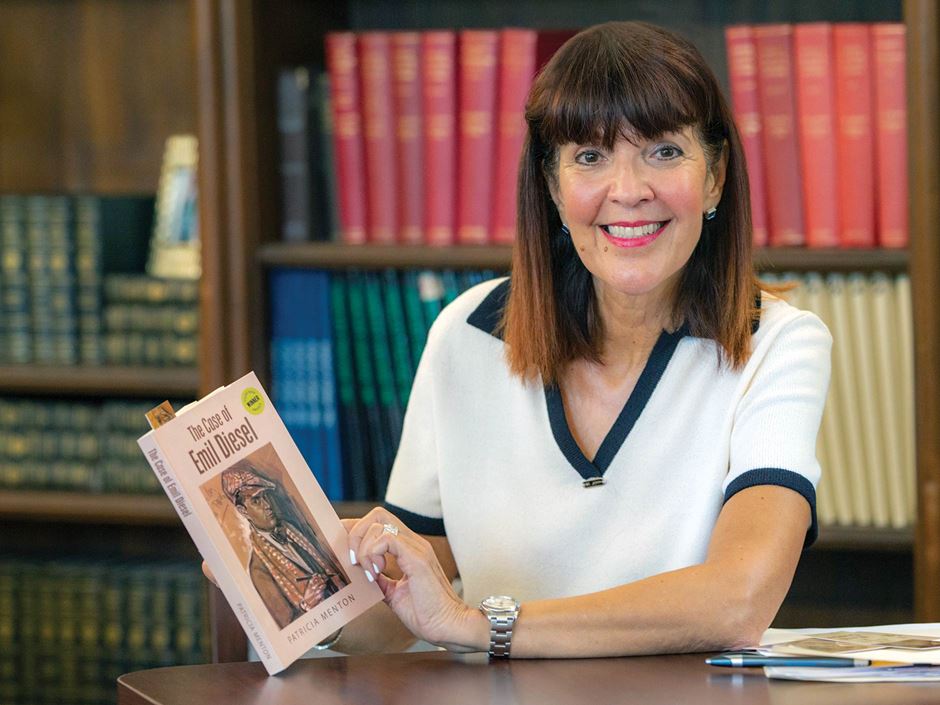 It was 2012, four years after Patricia Scangas ’70 and her husband, Matthew, had officially brought their case against the German government.

For years Patricia had been listening to her husband recount his East German father’s struggle with the Ministry for State Security (better known as Stasi) as they took his art collection through illegal taxation in 1974. If that sounds like an intriguing plot line, you’re not alone; in 2012 Patricia began turning her court case notes and countless firsthand accounts from her husband into a novel. The book is called The Case of Emil Diesel, and she wrote it under the pen name Patricia Menton.

The book, which won Best Fiction from the Pacific Book Awards 2019, is a fictionalized take on the journey. “I decided to write the book in fiction since the case was still ongoing. I added Matthew (Max Diesel in the book), his family’s conflicts, the story about his father (Emil Diesel in the story), his art, the Stasi and German Democratic Republic, or GDR (East Germany), and you have a compelling novel.”

We recently asked Patricia more about her award-winning novel.

Why did the Stasi do this?

In 1974, the Stasi under the GDR ­confiscated the art by accusing his father, an art collector, as a dealer, therefore illegally placing an exorbitant tax upon him so that he could not pay, forcing him to sell his art to the government. Then they would sell the art to the West for hard currency as well as place it in their museums.

So what happened next?

In 2004, my husband received a book in the mail from his half-sister from Germany. It was a story about art collectors whose art was taken illegally through taxation. I told him, “Why don’t you go to try to reclaim your art?” We decided to go to the museums to find out what we could do. For four years, on our own, we went to the museums and they said, “Well, it’s up to the state.” So, we finally did get an attorney in 2008, and that’s when we were able to continue the case.

How would you describe the book?

The story is about fighting for truth and justice against all odds. We were up against the state of Germany and the museums. The story is also about facing life’s conflicts. We didn’t know what we were going to do when we were up against the government. The book is filled with twists and turns of intrigue, suspense, and emotional drama of real-life characters as Max is caught up in a web of conspiracy to reclaim his father’s precious art collection.