To those suffering from anxiety disorders, structure is often critical. Knowing what is ahead is key. Planning makes them feel in control. But, how do you know what is ahead when the only constant is change? A college experience is definitely filled with change, and in the time of COVID-19, it has been even more so.

Anxiety is a mental health issue that Kara Hersey ’20, a new alumna knows all too well. She has dealt with it throughout her entire life, and it was actually one of the reasons she chose Endicott College as it offered her a close to home academic experience. It is also one of the more unique reasons that she has been so successful in her schoolwork.

Though anxiety and mental health issues in general are different for every person who deals with them, this is how Hersey describes her anxiety: “It feels like someone is gripping and squeezing not only my body, but my life. Everything starts to move really fast and the pressure is unmatched. I feel tight and confined and my breathing gets choppy.”

During Mental Health Awareness Month, we would like to share some of the ways Hersey has managed to thrive during her time at Endicott, and what she has in store for the future.

At Endicott, we have a Counseling Center with professionals specializing in all kinds of student concerns, including mental health. Hersey took advantage of their services during the first two years of her Endicott experience.

She says, “Everyone says this, but college is a huge adjustment whether you’re 50 miles down the road or five. I was so unsure of myself and my surroundings when I came to college that it made it really hard for me to reach out or talk to anybody. During my first two months I stayed pretty much to myself, I just did my classes, nothing else. I was lucky enough to live in Hamilton Hall, which is a Healthy Living dorm where everyone was kind of there all the time anyway, so it sort of forced me to make friends. But I also utilized the Counseling Center on campus.”

She continues, “I went to a therapist around age 8 or 9, so that was my first time back, but I knew that I had to talk to somebody or I was going to go crazy. I got an appointment there and that was one of things that really helped me because it was more of a third party instead of talking to someone in my dorm who was going through pretty much the same thing. In my freshman year there was a span where I went to my counselor every day for three days, then it went to a week, then every two weeks.” 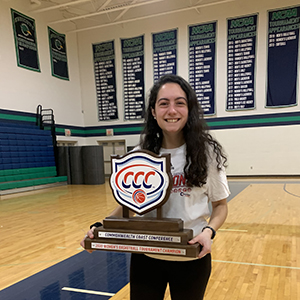 Hersey posing with the CCC women's basketball trophy. Hersey is not alone in taking advantage of the Counseling Center. Many of her friends use or have used it as well, and this past year in her role as a manager for the women’s basketball team, she has recommended it to new freshmen from the point of view of someone who has seen its value. She says, “First of all, I make it clear that they can come to me, but then I also make sure that they know there’s also a Counseling Center. I’m not afraid to say I went and did what I needed to do to get better.”

Friends to lean on

Beyond the Counseling Center, Hersey knows that she can always go to the friends she made at Endicott. Though they aren’t together on-campus at the moment, they still connect every day.

When she first arrived on campus, a family friend who was a junior at the time helped ease the transition. She explains, “My family friend at Endicott was actually abroad when I started my freshman year, but she reached out to her friends and told them that I was having a hard time, and they picked me right up! They were older than me and they were a bit intimidating at first, but they would just talk to me in their room in Kennedy Hall, and I could really relate to them and tell them how I felt.”

She continues, “After the first two years in counseling, I felt more comfortable at school. I had a good group of friends, and I was doing stuff with the basketball team, so I had more people to talk to, and I didn’t go back.

“However, I did have one friend who went through a really hard time during her senior year of college and she said that even if times are good, you should still go talk to someone to sort of normalize. It is always good to reach out, even if you don’t need help. I did that mostly with friends and family, but that is an option to consider.”

The friends Hersey has made have helped her exponentially, but she still needs to self-advocate from time to time in her daily life. This is mainly due to the fact that she deals with high-functioning anxiety.

For those unfamiliar with the concept, per HuffPost it’s a “catch-all term to describe the experience of someone living with a sizable amount of anxiety, but without the ‘functioning’ limitations required to meet the criteria for an anxiety disorder, according to Washington-based licensed clinical psychologist Alicia Clark, author of ‘Hack Your Anxiety.’”

People who function well with anxiety can be very hardworking and attentive to detail outwardly, but inside they may be feeling something completely different such as a desperate need to please others or fear of failure.

Hersey says, “I do consider myself a solid student, but it does come with a little bit of a downside. For instance, the amount of emails I send to professors or when I freak out about the smallest things. If I have a long-term assignment, I get that stuff done right away so that it doesn’t hang over my head and then there is an internal feeling of pressure to keep it up because I am the only one seeing the anxious side. They are just seeing the achievements and I’m alone with it in my head. That’s why it is so important for me to write it down or talk it out.”

When Hersey experiences anxiety, she works through it with some strategies and tools that she has developed over time. She recommends:

• Focusing on school—“I tend to just get through it with my school work as I’m academically-driven.”

• Writing it down—“I always write it down and look at it to see if it is worth getting worked up over or if it is life or death. It allows me to figure out if it is logical, because I can see it from outside of head.”

• Playing to your strengths—“I have friends on the basketball team who go shoot hoops at the Post Sport Science & Fitness Center when they are stressed. You have to play to your strengths and get it out. I’ve always loved to write, so I do that whether it’s in a document on my computer, or in my notes on my phone, or in a notebook—I have so many notebooks—some of the things I don’t send out or use, but they help me when I am worked up.” 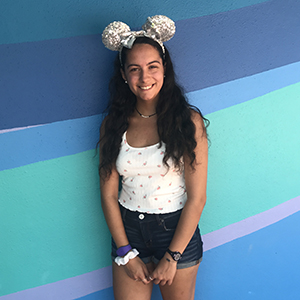 Hersey on one of her "purple days" in Disney.

• Having a routine—“Routine is a big, big thing because I thrive on structure and consistency. Right now, every morning I get up, I take a shower, I get back in my room, and I put a new set of clothes even when I’d rather stay in my pajamas. I also have a bunch of calendars where you rip off the day and that is refreshing for me to start a new one. I also have a whiteboard where I write out all the things I need to do schoolwork-wise. Each day I refresh my countdown, my lists—I love my lists, and the day. I also track my mental health—that is probably the biggest part of my routine. Then, after I’m done with my desk stuff, I check to see if I have any Zoom calls, or if I should start doing my homework right away as I am more productive in the mornings.”

• Making your own tools—“I have a mental health chart that I started last year because in the spring I was struggling a little more due to things going on with friends. I thought that it would be a good way to keep track of how I was feeling and if I could find things that would make me feel better. Coloring in the chart is probably my favorite part of my day. It has really helped me. Purple is my amazing day and I can look back at the chart and remember those days, like when we won the Commonwealth Coast Conference championship, and then I can look at the red days, which are the awful, end-all, be-all days and can think about what I can do better.”

A bright future helping others

While previously Hersey may not have seen herself as thriving in a graduate school environment, that is exactly where she is headed, and what we expect she will do. Soon, she will begin graduate classes with an ultimate career goal of becoming a school adjustment counselor, which is something she has already experienced directly through an internship at Endicott.
We are happy for Hersey. Her experiences including conquering driving-based fears, getting fingerprinted for a substitute position, getting real-world experience through internships, and making new friends have all helped her become more independent. As a result, she now feels that less things seem impossible or uncertain.

Hersey wants others to know that there is no need to be afraid of asking for help. She says, “Ask for help when you need it. The student I’ve become is partially because of my anxiety. I think of it as a different ability, sometimes it’s disabling, but other times it’s motivating. Just talk about it. Be open and honest.” 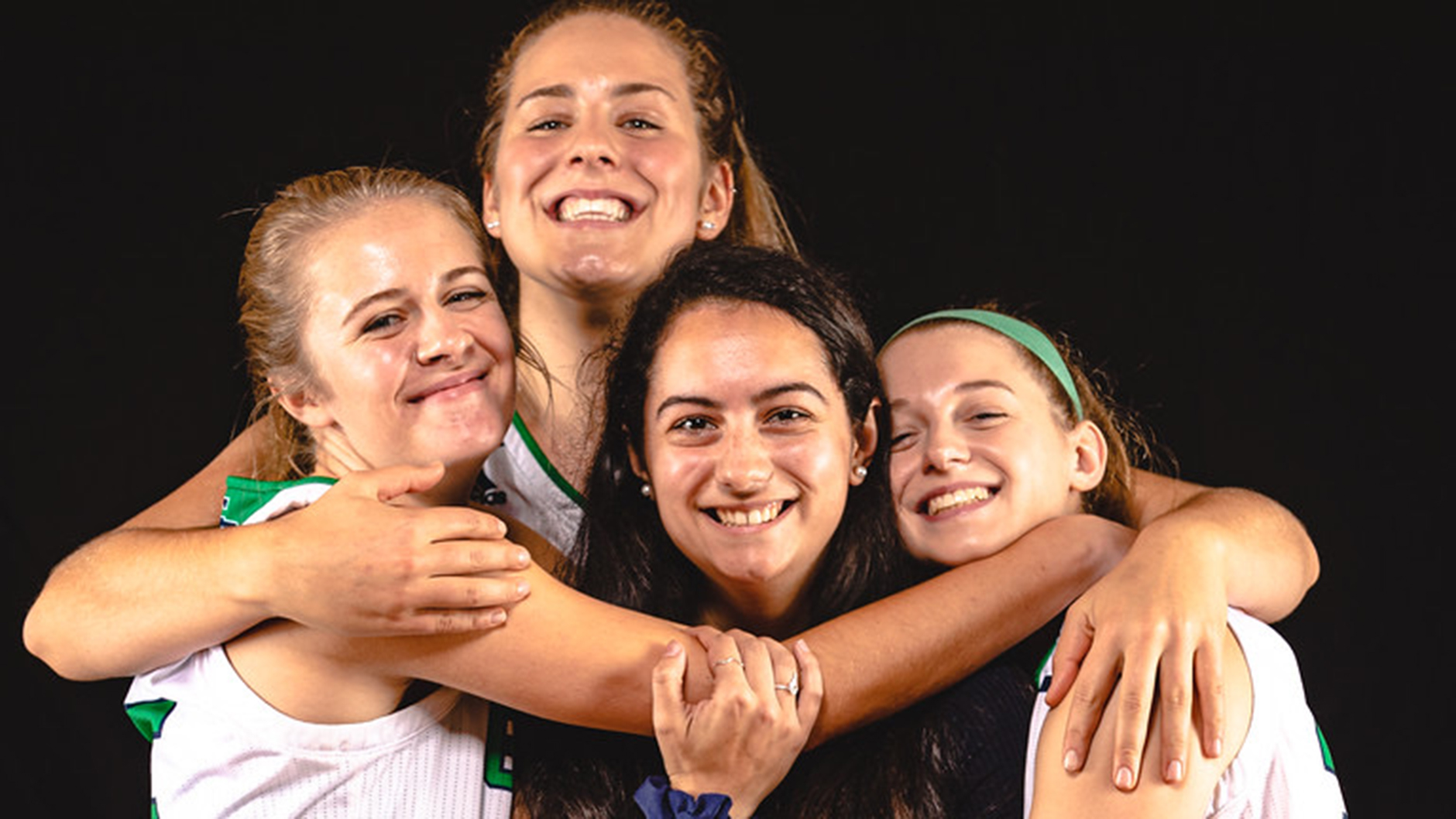 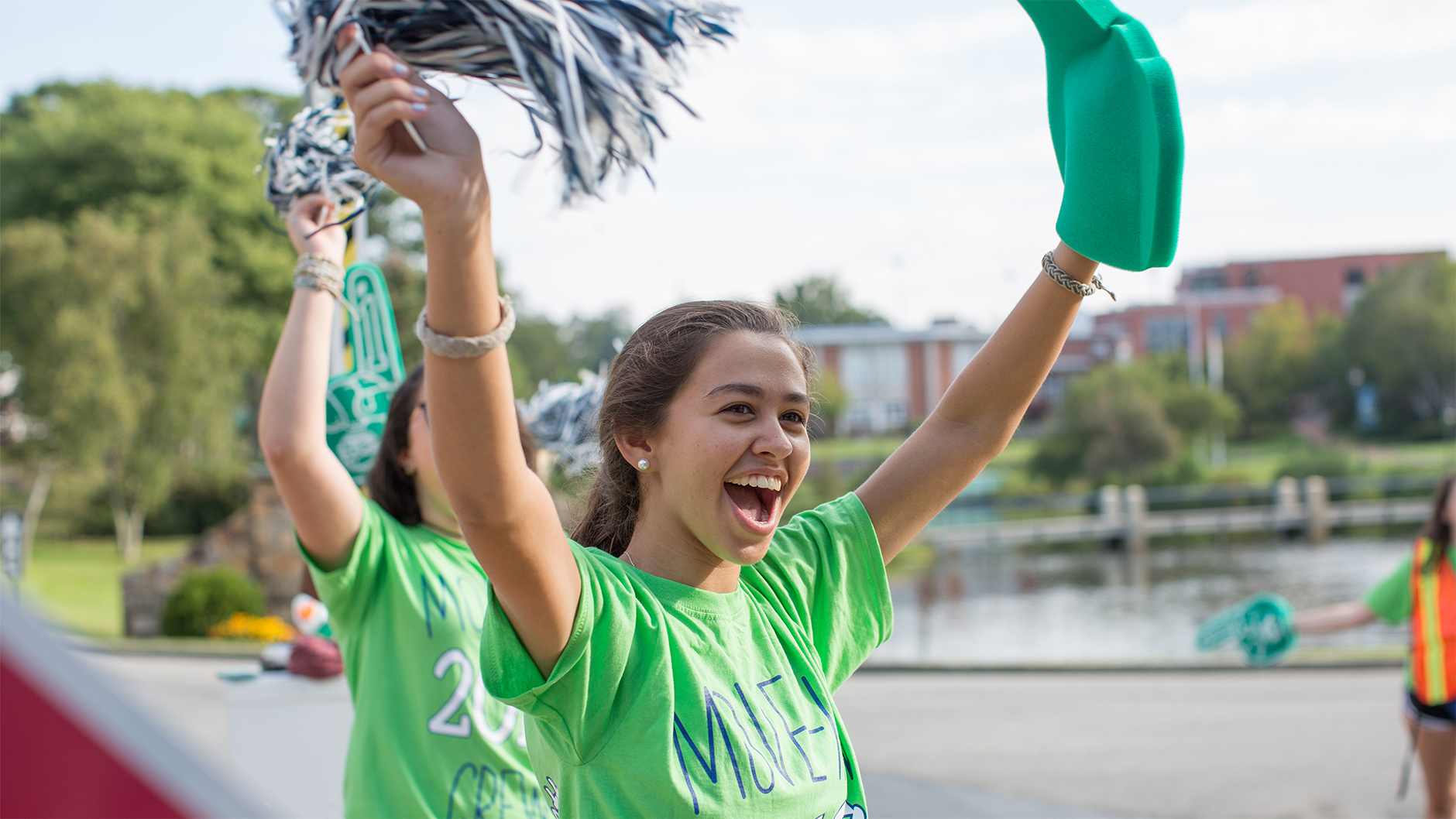 10 Dorm Room Must-Haves
Gulls, as you prepare for Move-In Day, consider adding these dorm-essentials to your list of things to bring with you to the Nest!
Virtual Parent Cafés

Virtual Parent Cafés
Endicott College's Van Loan School of Professional Studies hosts monthly virtual parent cafes for its students, allowing the members of our student community who are also parents to learn and socialize together while also learning about the resources provided by the College and its partners.
Sustainability Abroad: Madrid Edition 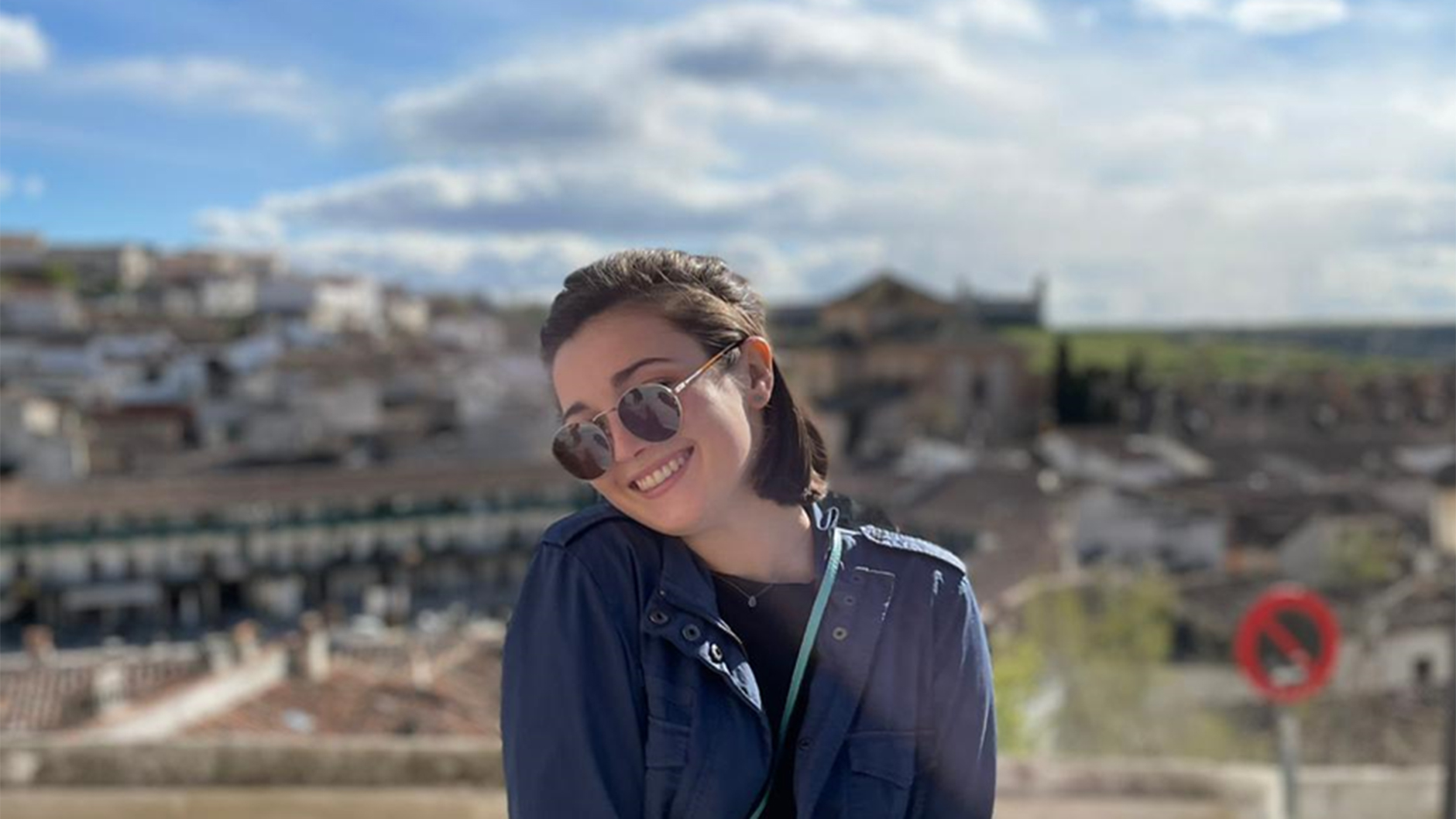