Making Time for Dad at the 2020 Misselwood Concours d'Elegance

Note: Due to the COVID-19 pandemic, the in-person 2020 Misselwood Concours d'Elegance has been postponed to July 16-18, 2021. However, alternative virtual and live events will take place. The following article was written prior to the 2020 postponement.

My father and I are not exactly alike. Oh sure–sometimes our brains work the same way (we are both highly-analytical individuals), but our passions are like the North and South poles. Some of the things he enjoys include athletics of all kinds, in particular, golf (which I understand little about, and only enjoy in-person), vintage cars (which I love photographing, but have a limited knowledge of), and television shows about drug cartels or insider networks (of which, I’ve kind of vibed away from historically). This man, who I deeply respect, got me as a daughter.


Converse to his interests, I get excited about visual art and live theater performances (to his credit, he goes to my shows, but in a supportive manner) and storytelling through strategy games and writing (he sticks to reading the newspaper and an occasional game of Monopoly). However, despite our differences, we’ve always had some cinematic commonalities.

You see, when I was a little girl there were a few particularly precious daddy-daughter movies and series in my life. Part of that was because during the late ‘90s and early aughts, certain movies were on loop on all of the major networks (way before streaming…). The first was the Indiana Jones trilogy (who doesn’t love Harrison Ford and death-defying stunts?) The second was–well, anything from the Batman continuum (cheesy, dark, doesn’t matter–it was our go-to for sick days and snow closings). But the final, and arguably most memorable movie series was Back to the Future.

Back to the Future represents multiple themes that still intrigue us both. Though I have never been as interested in cars as my father, we found common ground in the film’s silly antics, action scenes, and the science fiction of it all. And even an admitted car knowledge novice cannot deny the allure of the DeLorean. This year, at the 2020 Misselwood Concours d'Elegance, I will be taking my father to see the DeLorean (and many other incredible automobiles) in person.

Now I will be the first to admit that I didn’t think my father would enjoy a Concours event. It sounds silly in retrospect considering the interests I outlined above, but I had never been to one, and I didn’t think to suggest it. However, with this year’s lineup including not one, but two special cars from Back to the Future, I thought it would be a fun topic of conversation, so I casually mentioned it when I was home in New Hampshire one weekend. To my surprise, his eyes lit up with excitement. He was overjoyed to learn that our area hosted a Concours!

My father’s reaction makes perfect sense. A Concours event is not something that happens everywhere. In fact, some would say that it is not widely understood due to its rarity. So, what is a Concours?

Well, if you Google it, you’ll be quickly greeted by a Wikipedia entry that explains that “A Concours d’Elegance (from French meaning a competition of elegance) dates back to 17th Century French aristocracy, who paraded horse-drawn carriages in the parks of Paris during summer weekends and holidays. Over time, carriages became horseless and the gatherings became a competition among automobile owners to be judged on the appearance of their automobiles.” But really, a Concours is more than that.

Misselwood’s Senior Operations Manager, Darren Stewart says, “A Concours d’Elegance is a competition of elegant automobiles, or simply a beauty contest for cars, most of which are pre-1980 and have been fully restored to look better than the day they left the showroom floor. There are a handful of original and preserved cars that have been well maintained over the years, which are becoming more and more popular at Concours shows. They may not be as shiny, but they are beautiful in their own right. All Concours cars are judged by a group of judges in specific classes so that a sports/race car is not judged against a classic Packard or Cadillac. Classes are also broken up so cars of the same era compete against each other.

“So how do they choose a Best in Class or Best in Show? The elegant nature of the car is important, but the history, rarity, and overall pedigree are just as important when deciding a winner. All cars that participate in a Concours show are unique, beautiful, and special in their own way. They are keeping the history and fine craftsmanship alive for future generations to see. A Concours show is basically a rolling museum.”

He continues, “A Concours d’Elegance is truly a gathering of people with a love for cars from every walk of life. We are all connected by cars—everyone remembers their first one and we all have a car we dreamed about owning one day. The people are the caretakers of these special cars and they love sharing its history—maybe it was found in a barn or it was a project that took 20 years to restore, or sometimes it’s a car that has been in the same family for 70 years or more. A Concours d’Elegance is technically a contest of beautiful cars, but the people are the heart and soul of the show—anyone who has attended one will surely know this to be true. Historic cars, great people, and to cap it off, all Concours shows raise funds for a charity or a cause such as student scholarships.”

The Misselwood Concours d'Elegance is all that, and more. Aside from the option to get up close and personal with some truly beautiful vehicles, it is also an opportunity to spend the day by the ocean while enjoying food from area food trucks. Finally, with our event, proceeds benefit Endicott College student scholarships, so you know that your love of the event will directly impact students at our school.

If your father is anything like mine, he will likely tell you that he doesn’t need anything or to just get him a pair of socks for Father’s Day. Don’t do that. For just $40, you can spend an entire day with your dad, and isn’t shared time the greatest gift of all? 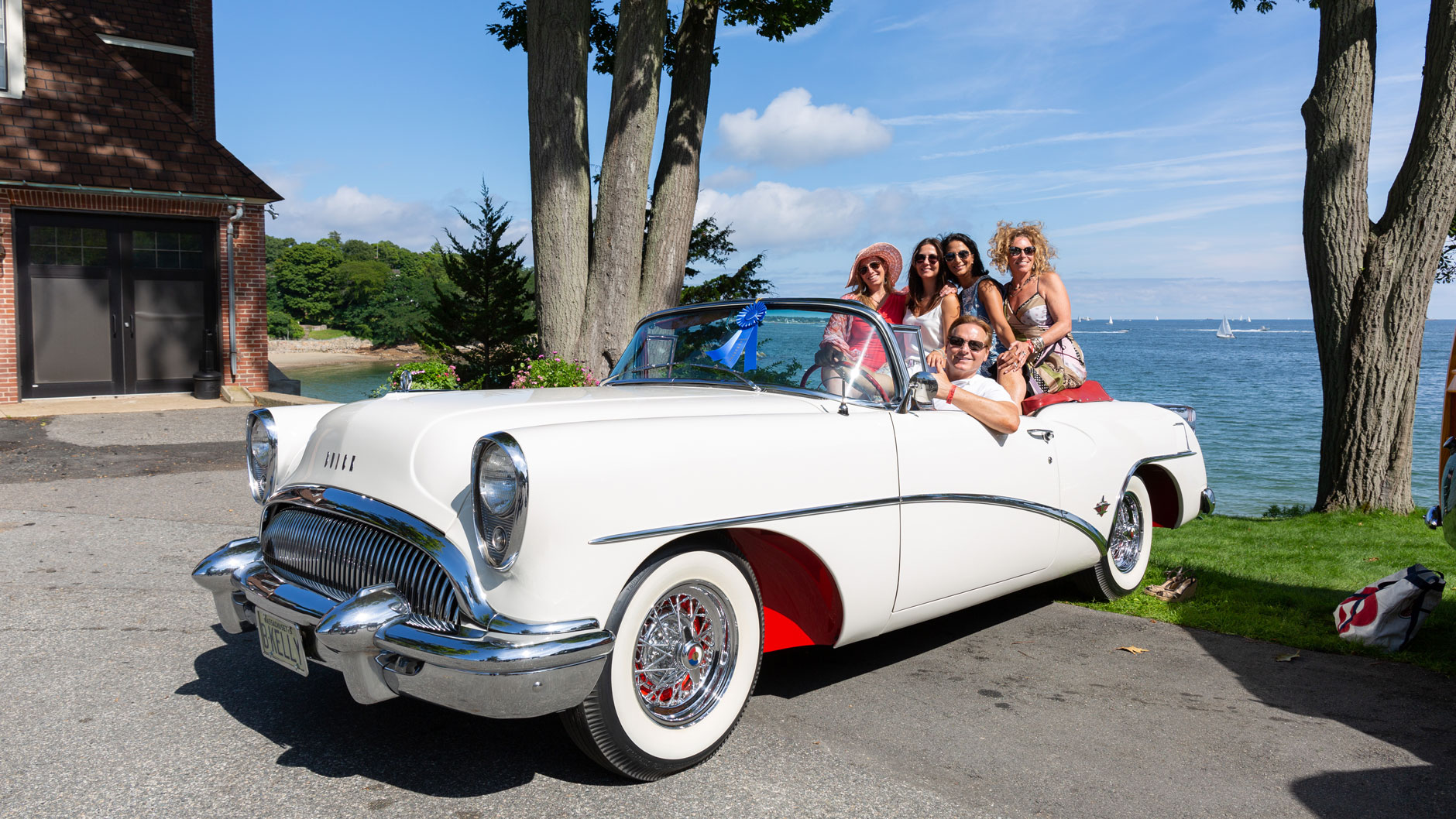 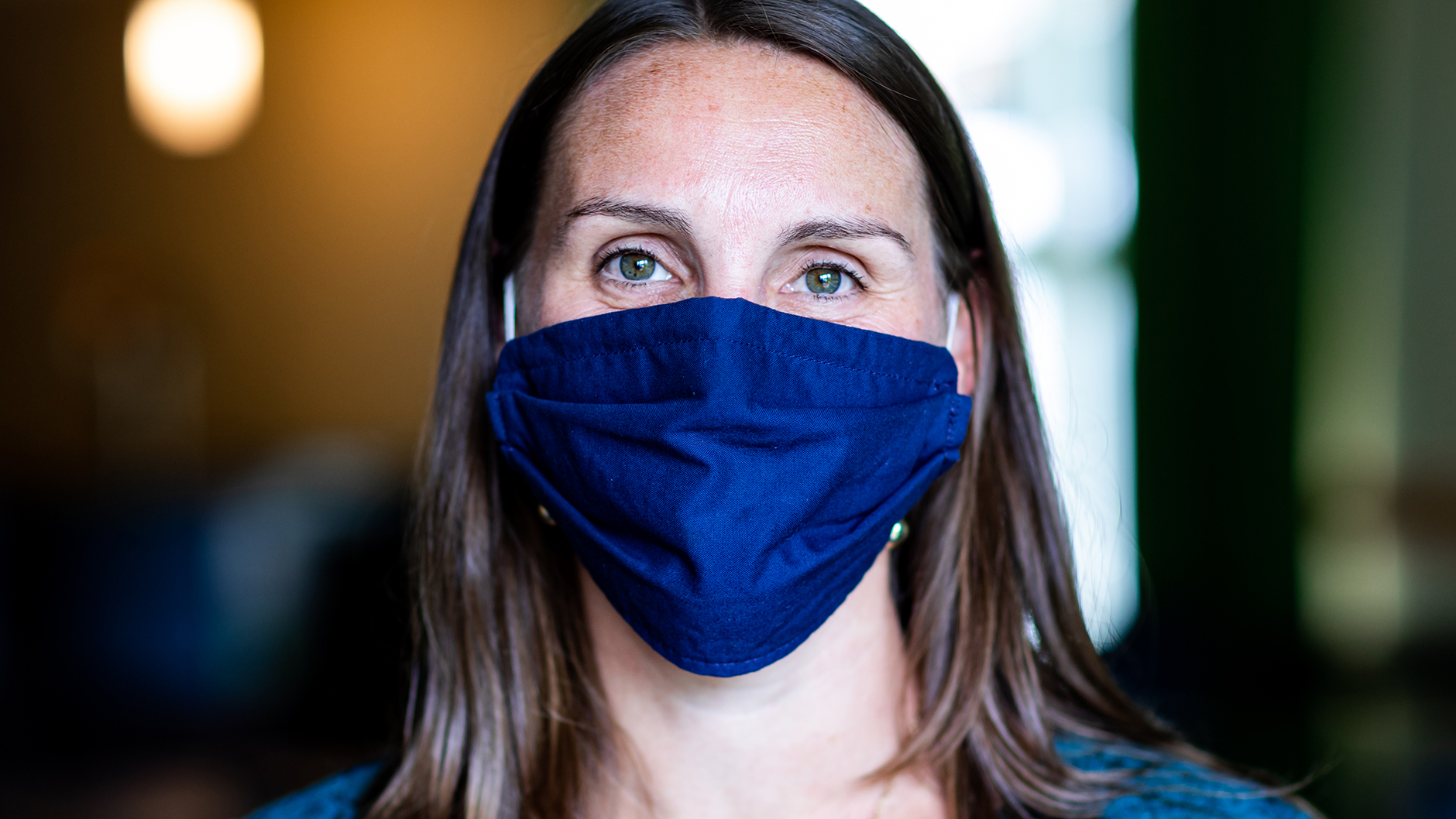 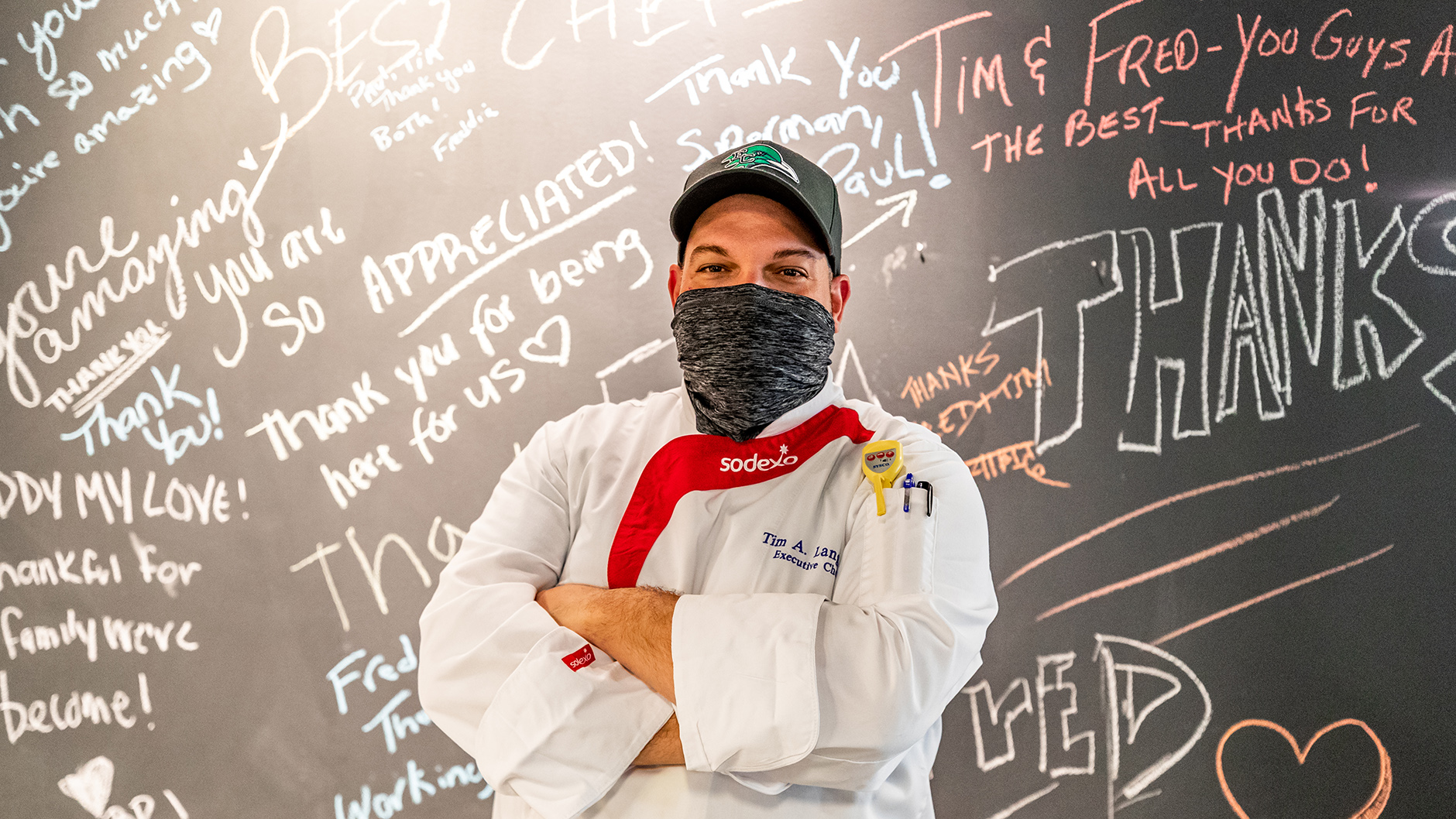 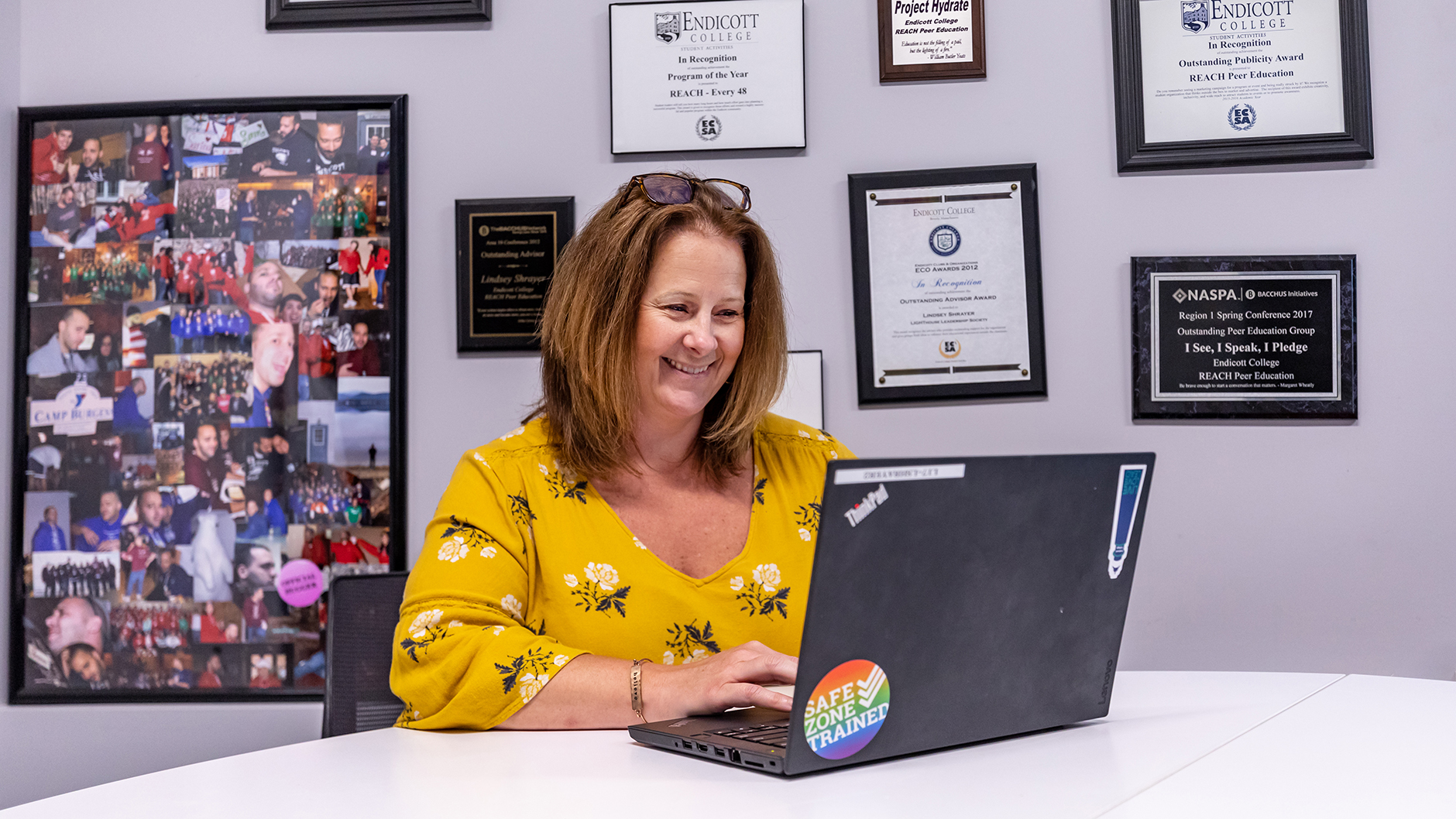 Collegiate Mental Health During a Pandemic
The mental health of our Endicott College population is and has always been, an important consideration whether we are in the middle of an academic year or during the summer break. However, this year has presented new student stressors and has given our Counseling Center an opportunity to be there for them in a whole different way.