Jorge Arce: A Lifetime of Lessons

At Endicott College, our teachers are mavericks. They fall into all kinds of incredible categories such as lauded authors or star journalists, cybercrime experts, and even nurses on the frontlines of major world crises. This year, we would like to introduce you to one such adjunct professor who will be continuing to teach at Endicott Boston, bringing with him a career filled with drama (in the best sense) dating back to his own collegiate career in 1969—Jorge Arce.

Arce has won many awards during his time as an actor, singer, composer, dancer, choreographer, graphic artist, and educator, one of which was for his efforts in Building a Better Boston in 2013. He says, “That award was the result of working with students of all the ages and levels, in many different schools and different scenarios, developing their self-esteem and building their leadership, through anti-racist artistic and cultural projects that were also performed, successfully in universities and community organizations.”

That type of recognition would be appreciated by anyone, but Arce’s most cherished award is The Boston Foundation’s Brother Thomas Fellowship 2019 as he says, “It represents an appreciation and recognition from the large community to my cultural work since 1985 here in Boston.”

As previously noted, Arce is not just an educator—he is that, but he is also a multi-talented creator who selects the medium based on the message and aim. With a collection of skills such as his, we wonder when he finds time to relax and rest! However, he remains confident in his abilities to produce and balance his life.

He says, “After years of study, learning, and applying each one of those disciplines and getting deep in every aspect of the arts since my childhood I am prepared on all levels. As an example, in Puerto Rico, I studied cartooning in a specialized school while in fifth grade of elementary school, then I also studied serious theater and visual arts in junior high school and high school, before entering drama school at University of Puerto Rico. I then initiated in-depth dance training as part of a great experience in a musical theater play, which I traveled with to two World Theater Festivals.”

Arce continues, “The music is part of my nature, growing up in an Afro-Caribbean community. Nevertheless, I attended the Puerto Rican Music Conservatory and the Boston Conservatory where I completed a Bachelor of Fine Arts in Musical Theatre. Throughout my development as a professional artist, I was able to tie these things in easily. In fact, all the art forms are connected. I still practice every aspect of it. I vocalize daily, I practice my piano, I take ballet classes with my youngest son at home (who is a dance major at the University of the Arts in Philadelphia), I practice the drums with my second son, and I practice and produce theater with my daughter.”

That kind of level of artistic commitment seems daunting, but he says, “the sleep aspect comes naturally.”

A follower who happens to lead

Arce has led several major groups and creative initiatives. For instance, in 1987 he founded the Humano Multicultural Project and within this project founded and directed the Humano Musical Band (1987-2001) along with his personal show The Afro-Caribbean Workshop, for both of which he led touring presentations across the northeast coast of United States for 14 years.

In Puerto Rico, he is a leading member of the renowned concert band in Latin America Haciendo Punto en Otro Son since 1978 and he was a founding member of another celebrated recording and touring group Atabal from 1979-1983. There, in 2009, he created and directed The First African Roots and Heritage Festival, an event with two stages and one week of dance and music event, with conferences and arts exhibits, and with the participations of 30 groups, including from Dominican Republic and United States.

Currently, he is the director of the Bombazo Boricua: Puerto Rican Bomba Dance Troupe, a local troupe which he founded back in 2013, and is also an active founder and director of his band Raíz de Plena which exposes people to the folk music of Plena from Puerto Rico with a contemporary sound, for which he also arranges the music and vocal harmonies. Finally, he wrote and directs Esto es Puerto Rico: The Musical, which launched in 2019.

We asked him if he has always identified as a leader. After all, his list of leadership examples speaks for itself! The obvious answer would be, “yes,” but he says, “No. I have always first identified as a good follower and as a good student. But, good followers and good students can be good leaders, especially when they combine those skills with years of experience.”

For those who aren’t familiar with Arce’s work, it represents an immersive, personal experience whether he is showcasing it for an audience or teaching it to students. It directly confronts cultural divides and puts aside shame through integrated theatre with dance and music. Often, the performances are right in the audience, encouraging people to feel the culture as opposed to watching it, as they might in a more traditional venue. The audience or students are given lessons about community activism without realizing it. It seems like entertainment, but it's much more than that—it's work that changes the world.

To date, Endicott Boston students have participated in his course World Dance and Music Cultures. In the course, students were exposed to lectures, readings, and mini-workshops of drum and dance from the Caribbean as it relates to worldwide expression.

Arce loves teaching students at Endicott Boston. He says, “It is great to teach members of a culturally diverse, grass-roots community that you can identify with in both ways.”

Lessons learned from a lifetime of hands-on experience

Course-based lessons are important work, but Arce’s contributions and offerings extend far beyond the walls of a classroom. He has grown as a creator and continues to bring that skill to students. He says, “My work has grown and developed over time. Along the way I have added all the results from my interactions with cultural experts in the community, my work in my master’s studies at Harvard University, my initiation to a Doctoral in History of the Caribbean, and my continued professional development classes.”

Arce is also a wealth of knowledge when it comes to large-scale, multicultural events, classes, workshops, and even parades and concerts. Any student who has interest in those areas would do well to take a class with him purely to talk to him about his process.

He says, “At this point in my life, it is not difficult for me to organize large scale events successfully (even though it always gets complicated at the beginning). For example, last year I had a big challenge producing, writing, and directing a musical funded by the Boston Foundation, with cast and personnel of 30 actors, dancers, musicians, and technicians, but it ended up world premiering last November with a full house!”

He continues, “Meanwhile and practically at the same time, I was designing and organizing a Research Cultural Tour for Indiana University at Purdue and a tour to Puerto Rico for the Black Cultural Center with 50 professors and students! Actually, two days after we finished our play in November, I had to take a plane to the island for an inspection trip with Indiana representatives. In the last meeting we had before returning, the director of the Indiana Purdue BCC praised the accuracy of the design of the tour, which promised to be another success as before.”

Not many could juggle these sorts of efforts, but Arce seems to find it easy! The lessons one can learn from that concept alone are truly endless.

Though Arce is the teacher, and he believes his experience has taught him a lot of valuable lessons, he credits his mother with one of his greatest life lessons. He explains, “I look back on my 51 years of experience, that started in 1969, when I entered the drama department at the University of Puerto Rico and the trips, contacts, performances, productions, creations, compositions, constant classes, and training knowing that they shaped my life. But, I learned the most important structure-building skills from my mother through a Chinese Checker game. She taught me to play from back to front, to put the marbles in a way that it would create a path in which every ball would be moved easily. It was like a path of patience and support. Suddenly and surprisingly, you have all the marbles placed on the other side and you win the game—and that’s life.”

From his lessons, Arce hopes his students learn about connection and gratitude. He says, “I hope that they take with them a sense of connection with life and that they avoid taking things for granted. Finally, I hope that they continue to investigate, to develop their skills, and to become the best they can be.” 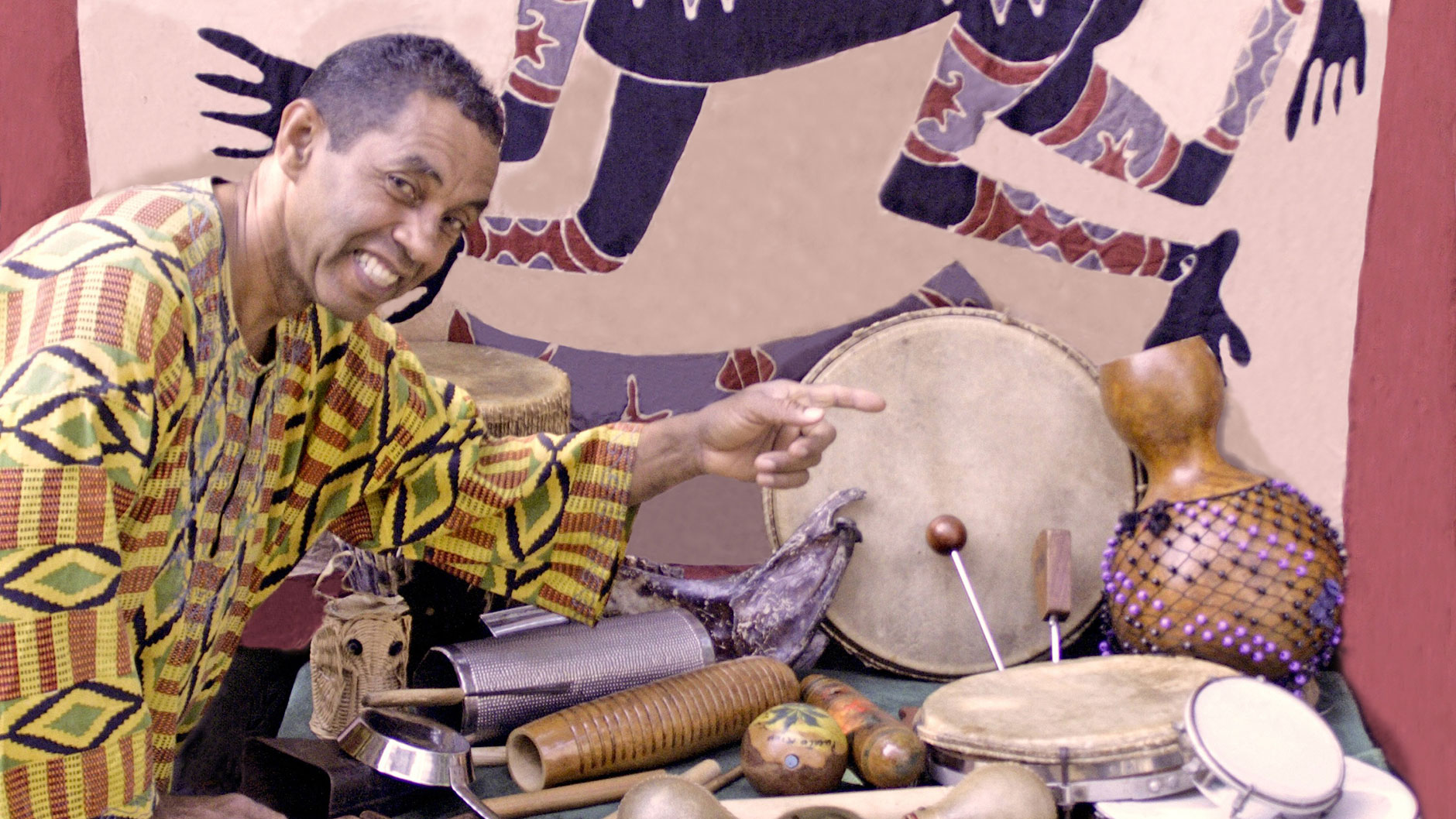 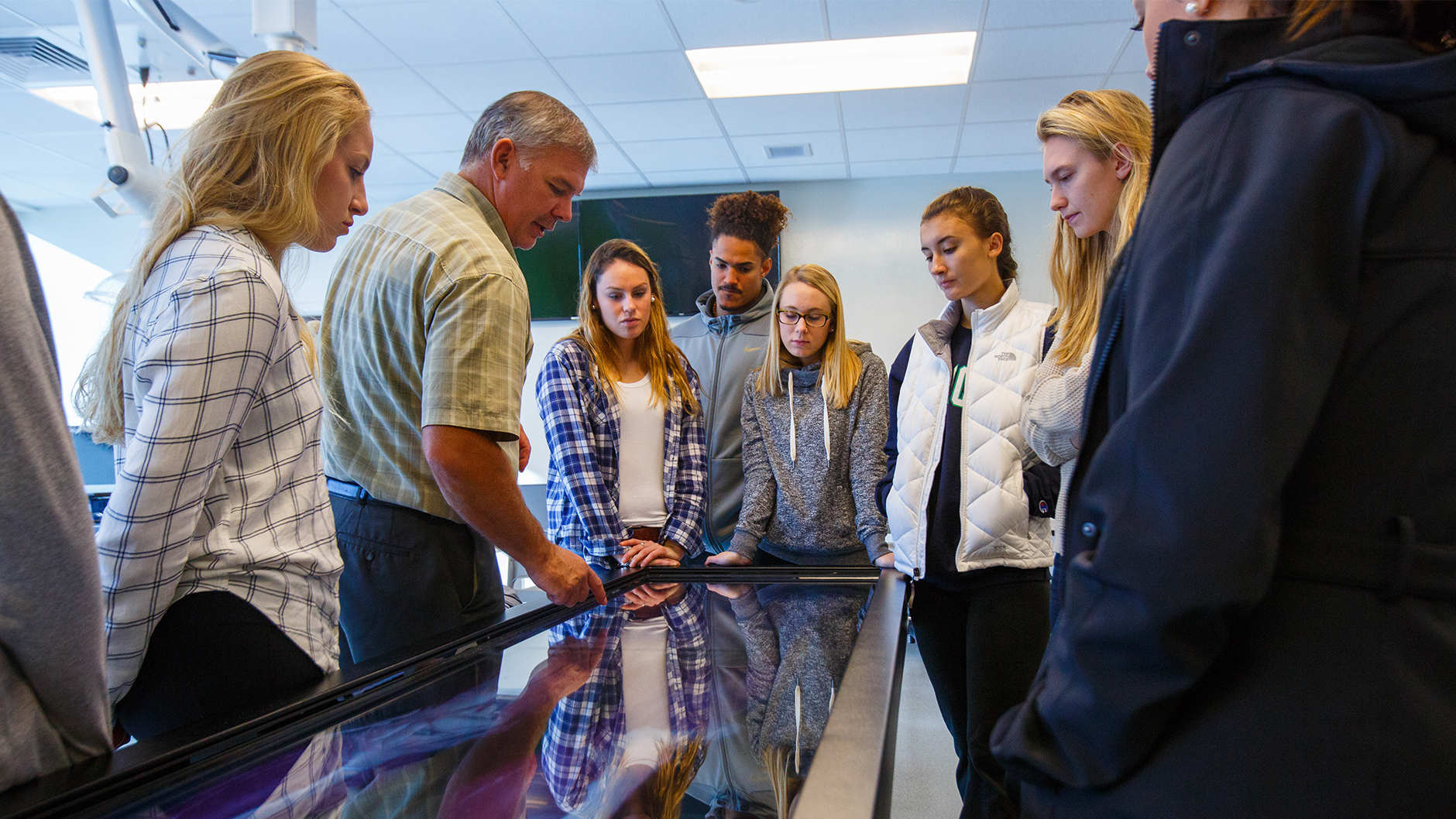 The Essential Role of Evaluation & Assessment at Endicott College
Valuable evaluation and assessment techniques are used at Endicott College to ensure the continued improvement of the student experience and the efficacy of the College’s curriculum and delivery methods.
Students Lead the Way in Academic Success at Endicott 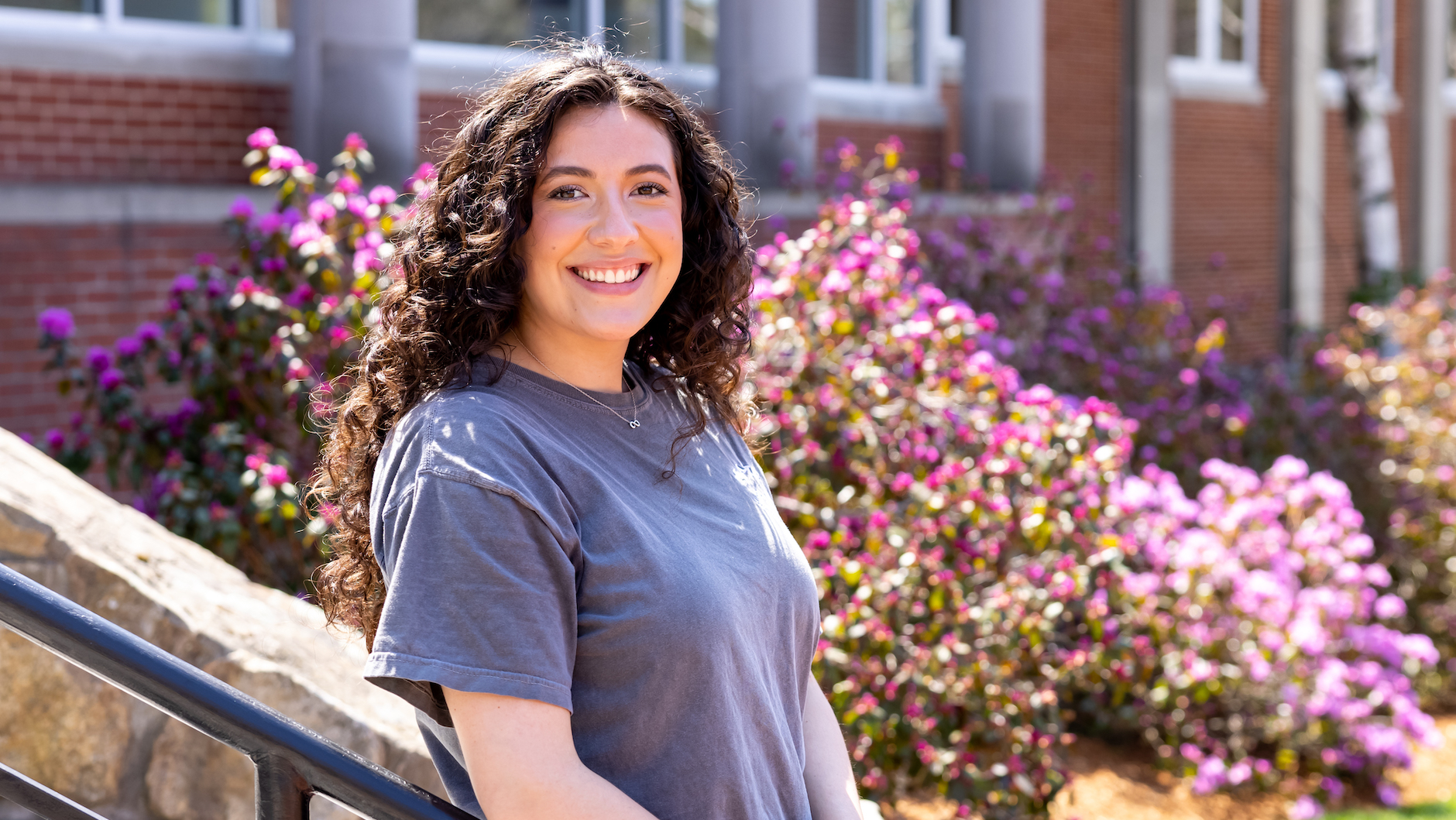 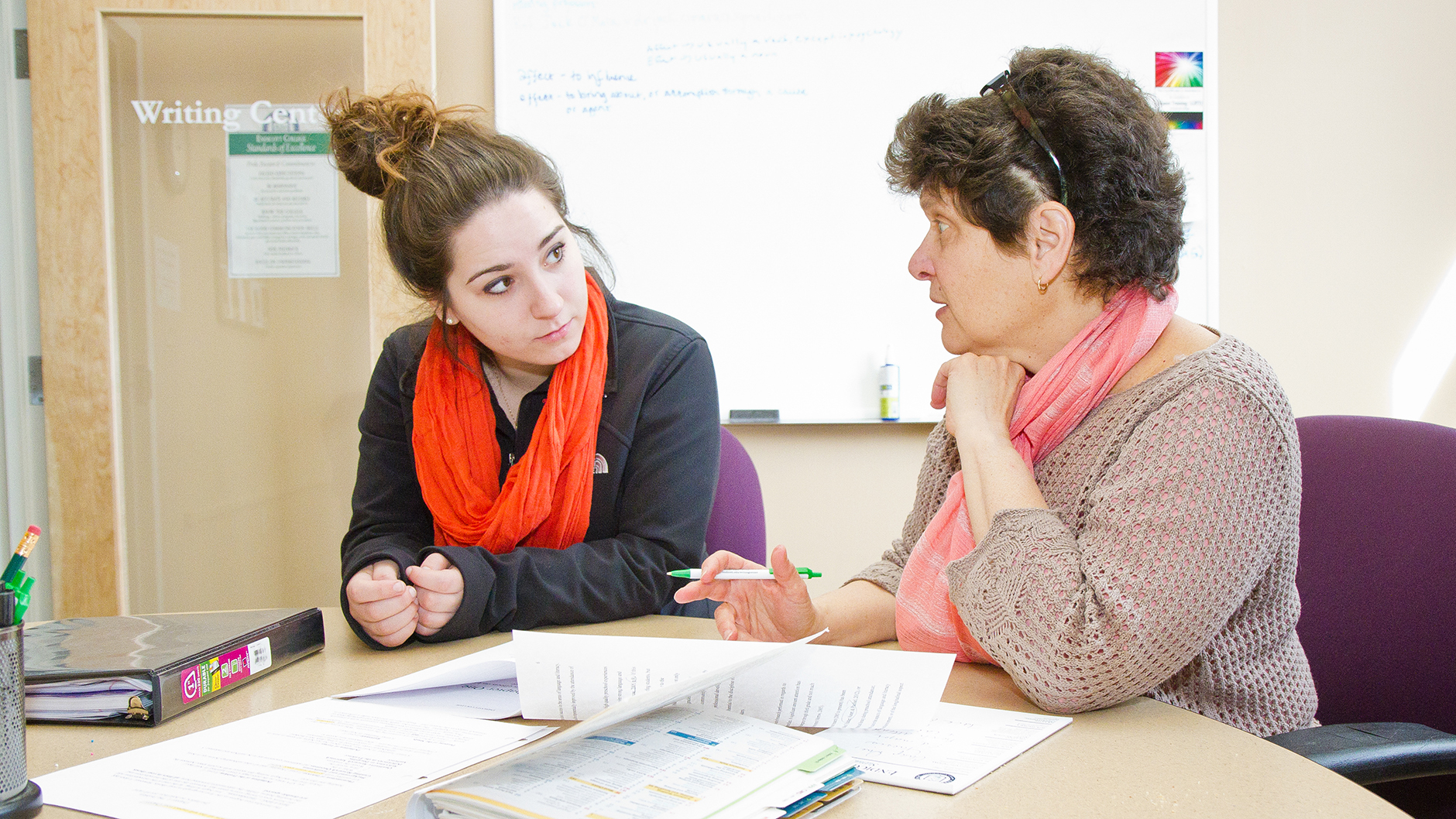