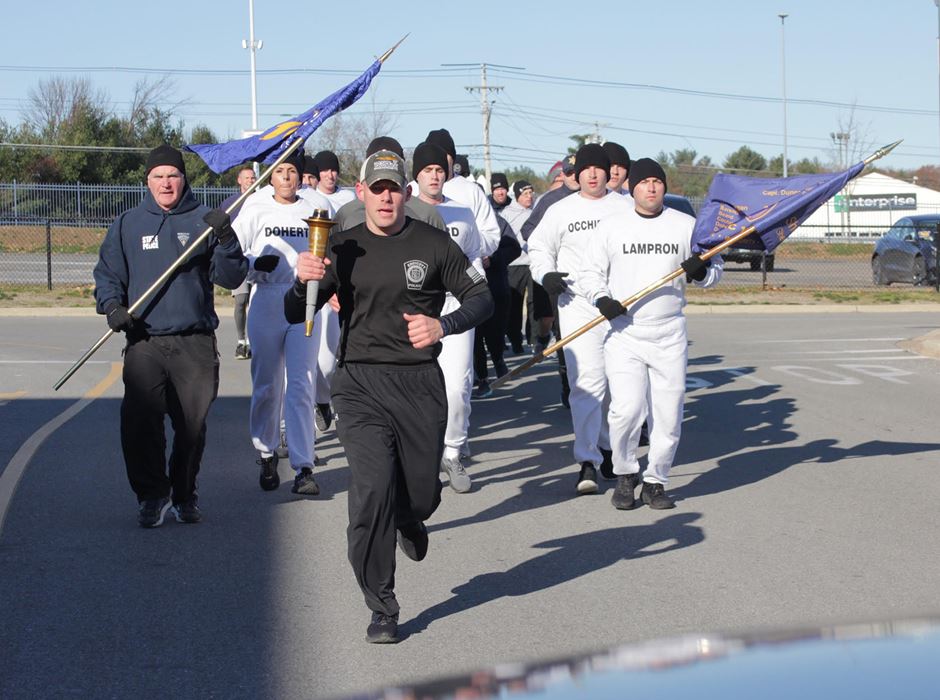 Officer Richard J. Melanson is going to be running in the 2020 Boston Marathon on behalf of Special Olympics.

Officer Richard J. Melanson is not a runner. He doesn’t particularly enjoy running, nor does he have a history of running-based achievements in his high school or college portfolio. But, he does run. In fact––he is going to be running in the 2020 Boston Marathon.

The obvious question is, why would a person who does not consider themselves a runner, choose to run one of the most strenuous races around? The first reason is departmental leadership. Melanson says, “Since 2015, Chief Charles Femino instilled upon our department the importance of community policing and involvement. Initially, the chief asked if wished to be involved in the Law Enforcement Cruiser Convoy for Special Olympics. From that time, I have been involved.”

“During this event, over 200 police departments from across the Commonwealth of Massachusetts form a police cruiser convoy for the Special Olympics Summer Games and meet at Harvard University. There, the police officers cheer on athletes during the games and award medals.”

Melanson stated he started with shorter distances like 5Ks and 10Ks and then eventually completed a half marathon. In the beginning he says, “I was really slow, one of the campus geese could’ve beat me, but I finished and I finished for a reason. And since then, I’ve kept running, but always for a reason.”

“In addition, a close friend of mine, Danny Williamson, has been an athlete with Special Olympics for many years. He was inducted into the Hall of Fame for Special Olympics at Fenway Park this past June and continues to compete in the games.” 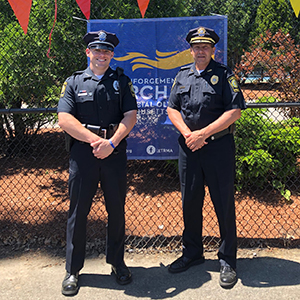 Melanson has begun training and fundraising for the event already.

“I run 5Ks and 10Ks whenever I have time, have run two half marathons in preparation, and continue to build on those. I do not want to run high distance too far in advance before the marathon to hopefully avoid injury. I do not believe it is possible to be ready for an experience like the Boston Marathon, but there is no giving up, there is no quitting,” says Melanson.

The entire Endicott College Public Safety & Police Department believes in showing up for their community. And that community is not just situated on the campus.

Melanson says, “Working for the Endicott College Public Safety & Police Department is truly being part of a team. The department is a dynamic group, always looking to make ourselves better in serving and protecting this community. Everyone here is working toward a common goal which is to become the best they can be, whether that be through training, additional education, or taking steps toward better protecting this community. It is a team effort.”

As such, Melanson and his team members are involved in many other charitable and community-focused efforts. Melanson either raises funds for or is actively involved with the Glen Doherty Memorial Fund, the Trooper Thomas Clardy Memorial Scholarship Fund, the Massachusetts State Police Detective Lieutenant William “Ironman” Coulter to Cops for Kids with Cancer, and the ALS Ice Bucket challenges in support of Peter Frates. He also provided aid after the Merrimack, Mass., gas explosions in 2018. 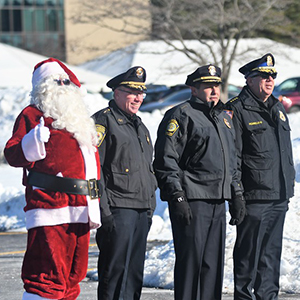 Melanson says, “We always look for ways to get involved on campus and in surrounding communities.”

The Endicott College Public Safety & Police Department’s ultimate goal is to be a good neighbor to anyone who needs them, whether that is a student or a charitable organization. Melanson says, “I feel I have a positive impact in providing a safe learning environment here for the Endicott community. Whether responding to calls to protect or save a life, or getting out of the cruiser to draw on the sidewalk with chalk with local children, I take pride in putting on the uniform and working for this department.”

The Endicott College Public Safety & Police Department is open 24 hours a day, 365 days a year for community concerns. It may also be a good place to find a running buddy.