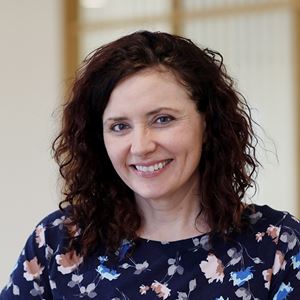 Ellie Pye’s background rests primarily in community access television, where she climbed the ranks throughout the years from college intern to Executive Director within a number of Massachusetts communities. As Executive Director, Pye oversaw the start-up of an independent media center in North Andover as well as initiated and managed the major facility and technology build-out in Lowell. She is a firm believer in ensuring everyone has the opportunity to share their stories. At Endicott, Pye oversees the TV studio and post-production area as well as the field production equipment. She serves as the advisor for Endicott College Television (ECTV).