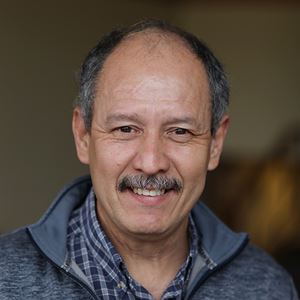 Sergio Inestroza joined Endicott in 2001. He primarily teaches Spanish courses, but also loves to help students who want to taste the flavor of Portuguese, as it’s his second language. He is very passionate about teaching and learning alongside others and is known for his emphatic personality. He was named the 2006 Endicott College Faculty of the Year and frequently leads student group trips to Latin America, Costa Rica, Peru, and Mexico. When not teaching, Inestroza is writing. From works of Spanish poetry to nonfictions books and fiction novels, Inestroza has been published in both the United States and Mexico.

Endicott College Teacher of the Year, 2006

(Books can be found under the name Sergio Inestrosa)