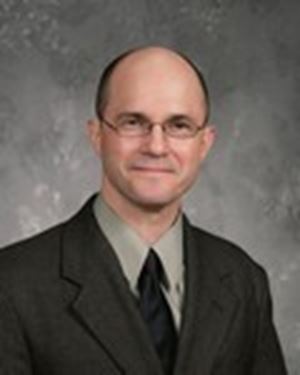 Title: The Merry Ghetto: The Czech Underground in the time of Normalization.

This dissertation critically examines the relation between political theory, cultural practice, social critique, and moral philosophy in late socialist Czechoslovakia. During the time of severe ideological and police repression following the Warsaw Pact invasion of 1968, a small group of artists, musicians, and social theorists determined to construct an authentic "second culture" independent of political and moral concession. In a context of political overdetermination and widespread cynicism, this quixotic "temporary autonomous zone" had a significant influence beyond the modest sphere of its activities, particularly on the formation of the human rights initiative, Charter 77. The way this Underground culture strove " and the ways it failed " to maintain its distance from an aggressively ideological state is relevant to the practice of democracy and the functioning of civil society in the postcommunist East and the postmodern West alike.

Political theory and practice (US and world)

(As faculty adviser for the 2003 London work/study abroad program, I organized and oversaw all aspects, including the orientation seminar; proofreading and revising resumes and cover letters; assisting the students in finding internships; planning and organizing group activities; safety; transportation; and budget.)

"The bearable lightness of being: Czech irony in history, theory and practice" The Art and Politics of Irony 12-14 April, 2012 McGill University, Montreal

"Pay no attention to the man behind the iron curtain: prospectus for a comparative oral history of the cold war." 14-18 October, 2009. Moving beyond the interview: Oral History Association Annual Meeting, Louisville, KY.

"The personal is antipolitical: total realism as the aesthetic of the Czech underground during Normalization" The personal is political: interfaces between politics and culture across Europe in the 1970s. 26-27 August, 2009. Lucy Cavendish College, Cambridge University, Cambridge UK

"The irony of antipolitics" Charter 77: From the Assertion of Human Rights to the Democratic Revolution 1977-1989, 21-23 March .2007 National Museum and the  Faculty of Arts of the Charles university, Prague, Czech Republic

"Brezhnev meets Bakhtin in Prague: the trial of the Plastic People of the Universe" Cultural Studies Association conference, Boston MA, May 2004

"The Fall and Rise of the Plastic People of the Universe" National Slavic Forum University of Chicago, April 17-18, 1998

"Sleeping with an elephant, dancing with a dragon: Canadian foreign policy in a post-  Westphalian world." [in Chinese translation] The Blue Book of Canada: Annual Report on the development of Canada, Center for Canadian Studies, Guangdong University of Foreign Studies, Guangzhou, China, 2014.

"Multidisciplinary perspectives on trauma and narrative in the consideration and treatment of PTSD (and preTSD)" Oral History Forum Histoire Orale, journal of the Canadian Association of Oral History. 2013 special issue: http://www.oralhistoryforum.ca/index.php/ohf/article/viewFile/539/617

Book review of "Worlds of Dissent: Charter 77, the Plastic People of the Universe, and Czech Culture Under Communism\" by Jonathan Bolton (Harvard U Press, 2012) published in Central and East European Review summer 2013.

"Racial profiling at the borders: Implications for National and Human Security." Proceedings of the International conference on Racial Profiling at the Borders,  Kwantlen Polytechnic University, Surrey, BC, Canada. (forthcoming)

"Ask me in a thousand years: the (d)evolution of human rights in China" The Chinese Labyrinth: Exploring China's Model of Development. Baogang Guo, ed. Roman & Littlefield, 2011

"The irony of antipolitics: an exercise in critical sympathy" Charter 77: From the Assertion of Human Rights to the Democratic Revolution 1977-1989, National  Museum and the Faculty of Arts of the Charles university, Prague, Czech Republic (2008)

"AbNormalization: The Plastic People of the Universe and the Soviet invasion of Czechoslovakia," in The Human Tradition in Modern Europe 1750-present, ed. Cora Granata and Cheryl Koos (Rowman & Littlefield, 2007).

"Panchen Lama" and "General Markos," entries for the Encyclopedia of the Cold  War (ABC-CLIO, 2007)

"Is the post in posttotalitarian the post in postcolonial?" in Enemies of Empire: new perspectives on imperialism, literature and history, ed. Eoin Flannery and Angus Mitchell (Dublin: Four Courts Press 2006).

"Appropriation and the Semiotics of Seeing" Thresholds: VC, Oct. 1996

Curriculum and website development at Atlanta College of Art, spring 2000

Co-chair of the International Committee of the Oral History Association

Member of editorial board for Oral History Forum d'Histoire Orale, the journal of the Canadian Oral history Association