The Program Evaluation and Research Group (PERG) offers program evaluation services for projects of all sizes in a variety of educational contexts.

A national leader in program evaluation in educational contexts, PERG is distinguished by the breadth of our expertise and recognized as an important contributor to the field.

Since our founding in 1976, the Program Evaluation and Research Group (PERG) has carried out hundreds program evaluations and research studies; sponsored workshops, courses, and other educational activities; and provided consultation to a range of organizations. Principal clients have included states, universities, school districts, museums and aquariums, foundations, and arts organizations implementing projects funded by agencies such as the National Science Foundation (NSF), the National Endowment for the Humanities, the United States Department of Education, the Commonwealth of Massachusetts, the Massachusetts Cultural Council, and the American Association for State and Local History.

PERG has conducted evaluations for a very broad range of programs including, but not limited to:

The projects PERG evaluates serve learners in multiple settings in both formal (K-12 and higher education) and informal education (museums, community centers, etc.). Many of these projects bring together business partners, mathematicians and scientists, policy makers, museum staff and educators, as well as the general community.

In our leadership role, we are relied upon for our expertise in program evaluation. Consequently, we offer a variety of workshops and courses on evaluation design and methods, such as: 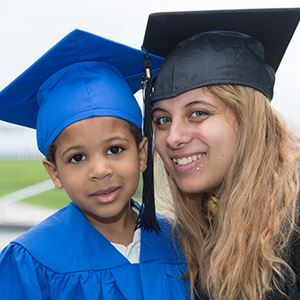