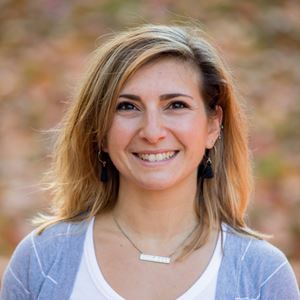 Casey Roland grew up in Peabody, Massachusetts and currently resides in Beverly. She attended Salem State University where she earned a BA in English, and was the first graduate with a concentration in Creative Writing. She eventually earned an MA/MAT in English to pursue a career in teaching, which she did for Peabody Public Schools for six years. As a classroom teacher, she taught both English Language Arts and Drama at the high school level. She eventually transitioned to working with middle school students, developing and implementing a creative writing curriculum to improve critical thinking and writing skills. Casey also co-directed the Salem-based creative arts community Theatre of Words and Music, and has been an active participant in the Salem Writers Group and the Massachusetts Poetry Festival since 2008. In addition to working at Endicott's Writing Center, Casey is also a writer, artist, and theater nerd, working in stage management and scenic design. She reads incessantly; it's actually a bit of a problem, and causes her family and friends some concern.